What A Residential Real Estate Agent Will Do For You

Things You Can Do With Your Brand New Credit Card

Digital artist Beeple has been the talk of the moment recently capitalizing on the popularity of NFT art, a new form of art that is unique, digital, unrepeatable, and has no physical presence. Now, a Beeple collage of over five thousand images has been auctioned by Christie’s for over $69 million. With this amount, it becomes the most expensive work of its kind ever and the third-highest price work sold by a living artist.

The first illustrations were made in May 2007, since then the designer has slowly fed this digital artwork, stretching over 13 years of production. As its name implies, it is a compilation of five thousand days of work.

In short, Beeple’s digital work has been registered on Ethereum blockchain technology with unique identifiers, ensuring not only its authenticity, but also its ownership. In a world where counterfeiting of works is common, having these features is exceptionally interesting.

It is worth mentioning that “Everydays – The First 5000 Days” was the first work at Christie’s, a traditional auction house in New York (USA), to accept payment in Ethereum (ETH). It is the first completely digital piece sold in more than 250 years of history, in partnership with the platform specializing in non-fungible tokens (NFTs) MakersPlace.

This in itself is already a major post-war milestone for an establishment that has been around since 1766 and has sold works by famous artists such as Pablo Picasso and Leonardo da Vinci.

Rebecca Riegelhaupt, a spokeswoman for Christie’s, said that 33 active bidders were interested in the piece.

NFT by artist Beeple sold at Christie’s for more than $60 million, making it the most expensive NFT ever sold at auction. The digital artwork made it rank as the third-largest sale ever of a work by a living artist.

This ranking is now led by Jeff Koons, the American sculptor known for creations such as his balloon-shaped dog (the “Ballon Dog”), which had already broken the record when it was auctioned for $58 million in 2018.

The work, however, was unseated by “Portrait of an Artist (Pool with Two Figures)” by David Hockney, an 83-year-old British painter whose main characteristic of his works is vibrant colors. The work was auctioned in 2018 for $90.3 million.

The painter only did not keep the first place because Koons set a new record with “Rabbit.” The stainless steel sculpted rabbit sold for $91.1 million in 2019.

The value puts Beeple’s digital art as the most expensive in the history of NFTs and as the third most expensive by any living artist, including works that are traditional and have nothing to do with blockchain, crypto-active, crypto-art, and the internet. This ranking is led by works by living artists such as Jeff Koons and David Hockney, whose works traded, in 2019 and 2018, respectively, for values close to $90 million.

Mike Winkelmann is the name behind the pseudonym Beeple. The graphic designer has never considered himself an artist. Even, his Instagram user is @beeple_crap, and the description on his website about his work is as follows, “Mike Winkelmann creates a variety of crap in the art form, in a variety of media.”

A collage of images made every day for 14 years. “It’s really something that catalogs both my life during that time and the things that happened in the world during that time,” Winkelmann said. Beeple also said that watching the outcome of Christie’s online auction on March 11 was “very surreal.” It was literally as if a bomb had gone off in the room.” The sale was a record for digital art and catapulted NFT’s sales.

According to Bloomberg, before the sale, Christie’s Noah Davis said that “there were a lot of customers who were billion-dollars willing to pay for the NFT artwork, mostly they were people very involved in cryptography.

The NFT mania in recent weeks has demonstrated that technology really can value authorial works tremendously and even the most unusual things like a tweet, Beeple has just set a precedent for the growing digital art market.

How much did Beeple NFT sell for?

Before the conclusion of the auction at Christie’s, Mike Winkelmann, “Beeple” or “Beeple Crap” already amassed nearly $30 million in digital artwork sold, according to Crypto Art – in late 2020, he sold a collection for $4 million.

In December 2020, a collection of 20 Beeple NFTs also sold for $3.5 million, and in February of this year, the ten-second video “CROSSROAD” traded for $6.6 million.

The record for the world’s most expensive NFT art was auctioned off by Figma CEO Dylan Field and lasted only a few moments. Hours after trading his CryptoPunk #7804 for $7.5 million, the record for the most expensive NFT of all time was broken, and by a wide margin: the work “EVERYDAYS: THE FIRST 5000 DAYS” by renowned digital artist Mike Winkelmann, better known as Beeple, whose auction went for an incredible $69.3 million.

NFTs can be applied to virtually any item in digital versions, such as texts, music, electronic games… the list is practically endless. “Real-world” products and services, and even cryptocurrencies. Its value is tied to the value of what it represents.

NFTs are unique digital assets that contain ownership information and other data recorded on a blockchain, widely used for digitizing and tokenizing digital items such as art, collectibles, or game items. In general, NFTs are held on the Ethereum blockchain, but other blockchains, such as Flow, also support this type of token.

Vignesh Sundaresan is the real name of MetaKovan, the buyer of the world’s most expensive non-fungible token (NFT) “Everydays: The First 5000 Days” by digital artist Beeple.

In his first television interview, Vignesh Sundaresan, also known as MetaKovan, told the American TV network CNBC that he has no regrets about paying $69 million for what many say is simply a JPEG, a file format for images. He said that the emergence of NFTs heralds a new era in which technology has allowed artists and collectors around the world to buy and sell art more easily and democratically.

The buyer of the $69 million NFT by artist Beeple said he was willing to pay more money for the work, as it will be seen in history as the starting point of a new era of digital art.

“This NFT is a significant piece of art history,” Sundaresan said in an interview with CNBC.”Sometimes these things take a while for everyone to recognize and realize. I’m fine with that. I had the opportunity to be part of this very important change in the way art was perceived for centuries.

This is going to be a billion-dollar piece in the future. This has the potential to be a work of art for this generation. We are very happy to be part of history, and we are still digesting the fact that we are part of history. Said Vignesh Sundaresan aka MetaKovan

Vignesh Sundaresan is an entrepreneur who founded Metapurse, an investment company focused on innovative projects related to the crypto active universe. The company’s idea is to create an investment fund in NFTs and also a “virtual museum” with great works of art using this digital format.

Metapurse is a collection of NFTs that has been operating since late 2016. Metakovan started collecting “virtual assets on a large scale because it got him excited, the fact that you could own land and that ownership is immutable,” Twobadour told the artnet news.

They then adapt to “a variety of asset classes within the NFT space,” Metakovan said in an interview, such as the first digital Formula One “Delta Time Triple One” car, which was the top-selling NFT in 2019 at $111,000. In recent times, they have begun to focus heavily on art.

Sundaresan, however, has been involved with the crypto active market since 2013, long before the creation of Metapurse, when he created the Canadian exchange Coins-e, which no longer exists, and co-founded a bitcoin buying and selling ATM project called BitAccess.

What is the highest NFT sold?

The record for the most expensive NFT ever sold (and one of the most expensive works of art ever sold) goes to Everydays: The first 5000 days. The artwork, created by famed digital artist Mike Winkelmann better known as Beeple, sold for $69.3 million at Christie’s – the first time the venerable auction house has sold a purely digital work of art.

The NFT represents a collage of Beeple’s 5,000 previous artworks, demonstrating his development as an artist throughout his career.

Beeple registered the work as a non-fungible token on the Ethereum blockchain technology on February 16. Its sale took place on March 11, for a record price of $69.3 million. The piece then became the most expensive digital artwork in history to be auctioned. In addition, the artist is becoming increasingly recognized, recently signing partnerships with major brands such as Louis Vuitton and Nike.

Winkelmann has worked in collaboration with big names such as Louis Vuitton, Justin Bieber, and Katy Perry.

NFTs of NBA videos, memes, digital art, and even tweets sold for six or seven figures have exploded in recent months. Their enthusiasts say that these tokens will not only change the art world but can also be applied to physical goods like houses. NFT sales have already exceeded $500 million, according to market data.

Artists now realize that a completely digital work can indeed have the same value as a physical work of art, with its exclusivity and authenticity protected by a blockchain network. But more important than this is that the methodical contemporary art market is increasingly recognizing registered creations as NFTs.

Previous Pandemic Diaries: Throwing A Surprise Party For Someone In Their Own Home

Incredible India – The Land Of Infinite Diversity- Journey Of A Lifetime

Things You Should Know Before Doing Construction Of Farm Sheds

How to Choose a Winning Name for your Small Business

A Healthy Lifestyle Suggested By The Dr. Oz For Reducing Excessive Body Weight 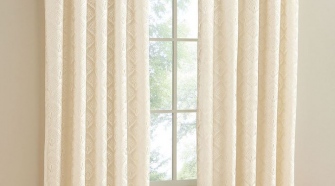