How Choosing Sliding Wardrobes For Your Home Sweet Home Can Change Your Life For The Better?

Has it ever happened to you that you wake up at midnight wondering whether it’s time for you to rise out of bed yet?

You may have knocked over something to the floor while reaching for your alarm clock, waking the entire household!

Well, you may be saved from this chaos if you use electronic alarm clocks with VFD displays. They are bright enough for you to see even in darkness – without moving an inch from the bed. And today, we’ll discuss how these VFD displays work. If you’re interested, read on to know more.

How a VFD Display Works

VFDs are usually just as luminous as LEDs. However, the words, letters, and numbers are easier to read using the VFD display.

A VFD functions in the same way as a cathode-ray tube (CRT) television. It uses 3 electrodes or electrical terminals locked inside a vacuum glass bulb. The following steps will show the process elaborately:

A heated tungsten filament, which is usually the negatively charged cathode, produces electrons. It happens when the heat excites the electrons.

Each of the display segments, which is the positively charged anode, is coated using phosphor. When the phosphor-layered segments are hit by electrons, they emit light. This light is mostly a ghost green color.

A thin metal mesh, known as a grid, lies between the anode and cathode. This can be turned on or off to control electron flow from cathode to anode.

As the cathode is charged negatively and anode positively, electrons flow from the former to the latter naturally.

If one likes to stop the light from glowing, one can just charge the grid negatively, causing electrons to repel further from the anode. Another simple way is to switch a display segment on/off. This way, the display brightness can also be controlled.

Some Advantages of VFD Display

Now that you know how a VFD display works, let us see some of its advantages:

Some Disadvantages of VFD Display

Let’s get to know some disadvantages as well.

Previous Do I Really Need Health Insurance If I'm Healthy?

Next Do You Have A Big Business Move In You?

Inspirations for Interiors from the Best Decorated Offices in India 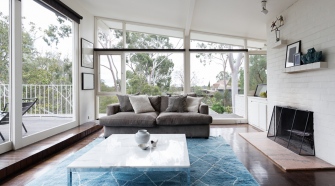 What Are The Most Common Types Of Rugs?