Top Tips You Need To Implement For Water Leak Detection

The Difference Between Your Company’s Logo, Identity, and Brand

6 Eating Habits That Can Boost Our Brains

Cooking with Spanish ingredients is one thing but the element which fuses all the different ingredients together is the spices. You choice of spices is vast and many common spices are used in Spanish food but combined in new and innovative ways. There are so many spices in Spanish food it is almost impossible to list them all but here are a few of the key ones which are truly essential for any Spanish store cupboard.

Paprika or pimentón in Spanish is the key spice which fuses together almost every Spanish meal. It is the flavour which is recognisably Spanish and is created through the grinding of peppers. There are both sweet and spicy paprika as well as smoky alternatives. Paprika is the reason for the deep red colour that is recognisable in Spanish cooking, especially in cured meats such as chorizo and spicy chicken dishes.

One of the most expensive ingredients on the planet is an absolutely integral element of Spain’s national dish. No paella is complete without the additional of saffron and it gives the rice dish that vibrant yellow shade it is known for. The sweet aroma and subtle flavour of saffron really takes a paella from unimaginative to a culinary delight.

Cloves are as commonly found in Spanish stews and casseroles as salt and pepper. They complement pork nicely but they are also used in sweet dishes. Cloves are often used in whole form, used to stud onions for flavour but not eating but they can also be ground and used as seasoning much like black peppercorns.

Cayenne is another ground pepper spice which is much fiery than paprika as it comes from the chilli. There are a wide range of different cayenne pepper spices of varying heat strengths and they once again add a red tinge to the food dis they are seasoning.

Garlic or ajo in Spanish is an essential ingredient for dips and sides. The world famous aioli or garlic mayonnaise simply wouldn’t be the same without the garlic that is central to its flavourings. Garlic is also used regularly in partnership with paprika to create a fuller bodied flavour for dishes such as paellas and gambas pil pil.

There are many rich and creamy Spanish desserts and one overriding flavour in many of them is natural vanilla. Alongside vanilla Spanish desserts of have a citrus or fruity flavour but in some instances there is an alcoholic twist. Nutmeg and cinnamon are often used to add a spicy and fragrant dimension to desserts.

With these spices you’ve got the basis for cooking quality Spanish cuisine and as your repertoire improves you can add in others.

Some Tips For Saving At Home During The Holidays

Technology For Your Business Needs

Use Steroids Responsibly, Read To Know How!

A System Which You Must Support 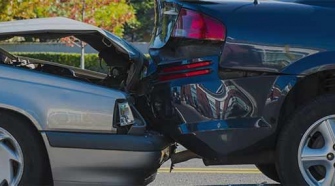