Why Marketers Should Use Social Networks

Do You Need To Educate Yourself On Identity Theft?

We live in a society that is fairly well known for its tradition of settling matters in the courts. Of the Founding Fathers, 31 were lawyers — or at least practitioners of law. Meanwhile the United States Constitution, famously, specifically provided for every American a state-provided lawyer long before it provided for education, health care or equal voting rights.

The law, its interpretation, and the court system have undoubtedly shaped the character in our country more than any other institution.

So perhaps it is natural, then, that making sure everyone’s legal base is covered takes up a lot of time and energy for many professions.

In particular, doctors are required to have medical malpractice insurance whenever they practice medicine. This is to protect doctors in the event of a mishap during their practices, allowing their responsibility for any accidental injuries the patient may suffer while under the doctor’s care to be waived. In general, it’s a formality, and a way for a doctor to provide for his legal defence should he be taken to court.

But why would any doctor worth their license need medical malpractice insurance? Surely if they’re doing their jobs right, they won’t need to protect themselves from lawsuits? After all, who’d want to sue anyone for successfully treating them? You might be surprised.

The truth is, the perfect doctor does not exist. However qualified, however gifted, however experienced, and however attentive the doctor is, they are still mere mortals just like the rest of us. They can make mistakes, things do not always go their way and, tragically, they may not be able to help every patient.

There will be cases where a patient or their relatives, unsatisfied and frustrated by those instances, will seek to take that doctor to court for compensation over medical costs — even if it if it’s only to have someone to blame.

If a doctor should lose such a case, their career is effectively over. However qualified and experienced they may be, and no matter how many patients they may have saved or treated successfully, the onus of losing a medical malpractice suit is a very hard stain to scrub from their records. As such, medical malpractice insurance is necessary to ensure that they’re able to find and hire a lawyer to protect them in court, as well as keep themselves supported while the case is still ongoing.

Usually, doctors are protected by their employers’ professional indemnity insurance, but there are cases in which this doesn’t always apply.

One particular instance in which a doctor may need the additional coverage that medical malpractice insurance provides is when they practice medicine outside of their usual working hours.

For example, consider a situation where a doctor is present at a car accident and is the only one around who can safely provide medical assistance to people who are wounded at the scene. Usually, people are grateful for the assistance but there may be cases in which they may decide to take the doctor to court.

For example, accidental bruising or injury caused while performing CPR, or an unknown allergic reaction to medicine administered in an emergency (such as adrenaline or anaesthetic) may be perceived as reason for a claim against the doctor.

There may even be instances within the working environment where the hospital’s professional indemnity insurance won’t cover the doctor. If a patient suffers from a sudden affliction that the doctor is not qualified to cover, such as a podiatrist attending to a patient suffering from stroke in their office, then medical malpractice insurance will also protect the doctor from any potential legal backlash that may come their way later.

In general, medical malpractice insurance is a sort of safety net that can protect doctors who find themselves in situations where their usual indemnity insurance won’t cover them. It allows them to practice their trade with legal safety, which in turn allows them to make freer and better use of their knowledge and skill sets wherever they go.

Medical malpractice insurance is therefore not a shield for bad doctors to hide behind and evade blame. If a doctor really has messed up and is poor at their profession, rest assured it will take more than insurance to save them. Instead, companies like Oros Risk allow doctors to provide a service to their community without risking their reputation and career to accidents, damages, and other circumstances that were beyond their control.

Christian Mills is a freelance writer and family man who offers articles and insights into issues affecting family life and concerns of the home.

Next Mobility Scooters As Gifts – Changing Lives For The Better 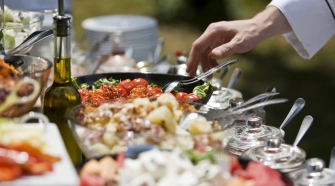