The nightmare doesn’t end here. What if you found out that you had a scissor inserted in your chest after an operation? That’s what happened to Daryoush Mazareiwhen he underwent surgery at the University of Pittsburgh Medical Center (UPMC) Presbyterian Hospital. It’s reported that more than 1500 reports come each year of foreign objects remaining in the patient’s body after the surgery so this is not as rare a phenomenon as you might think.

While these incidents are not isolated it does bring some certain points that we might want to address. How do you determine what your Personal Injury case is worth? Courts have awarded huge compensation when it has been proved that the injury suffered has been for medical malpractice and medical negligence.

Willie King got compensation worth $1.15 million after his right leg was amputed instead of his left one. He had to undergo the amputation because of diabetes. Similarly, Benjamin Houghton, who was an Air Force veteran received around $200,000 in damages after the wrong testicle was removed by the doctors.

Getting the Right Injury Lawyer

If you or your loved one has suffered from a personal injury, you need to approach a good personal injury lawyer. Whether it be deciding your compensation claim or going through your case to help you understand how much your personal injury case is worth, there is a lot a good personal Denver injury lawyer can do. If you have had to spend money for the medical treatment, you are entitled to ask compensation for that.  If there is medical negligence, your compensation claim will mainly rest on the injury suffered and take into account the nature of the injury – whether it is permanent or temporary and the grievous nature of the injury.

Your compensation claim will also take into account factors like the pain and suffering you had to endure because of the medical negligence as well as loss of enjoyment, like being unable to lead a normal life or carrying out your hobbies. It will also take into account your lost earning potential. If you have been permanently impaired because of the event, you will receive a much higher compensation. Similarly, if it is proved that you could not go to work you are entitled to the loss of wages for those days that you could not work because of the injury. You are also entitled to get all the medical costs incurred because of the medical negligence.

Next Enjoy Cooking With Modern Equipments

Things You Should Know To Hire The Best Construction Accident Attorney

How To Handle A Personal Injury Case? 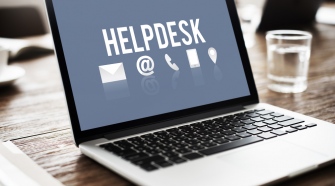