Learn About The Properties Of Advanced Ceramic Materials

How To Attract More Readers To Your Blog

Have you ever thought about what you might do if you won the lottery? Of course you have! Even if you’re not the type to throw money at these kinds of games, it’s only natural to see $100 million prizes and wonder what you might do with all that money. Every time a Powerball number gets particularly high, we tend to hear questions on this subject. Would you take the money all at once? Would you invest most of it? Would you let people know? Would you give any handouts? And most exciting of all: what would you prioritize buying?

For the most part, these questions are why people play. Most people who buy lottery tickets or enter other games with lucrative prize money are well aware that the odds of winning are just about as long as they could be. But people enter anyway, in part for the fun of daydreaming about that elusive jackpot win. In some cases, $1 or $2 can be well worth it for a few minutes of fantasizing that doesn’t feel quite one hundred percent pointless.

But if you’ve ever wondered what others would do, and how your priorities might stack up against theirs, we now have some answers. One site conducted a survey of would-be lottery winners and came up with some pretty interesting findings….

The first interesting result in the survey was that about 40 percent of people on average around the nation would prefer to keep their lottery winnings a secret. This is an understandable desire, to be sure. If a win becomes public knowledge, more people will want handouts, and you might even receive some unwanted media attention. But when you consider the fact that people around you would probably notice if you started adjusting your lifestyle to suit a $100 million or more pay day, it’s surprising that so many people would still want to keep their winnings secret.

The second and arguably most fascinating finding was that millennials would handle their lifestyles significantly differently than previous generations. Among baby boomers and generation X’ers, fewer than 25 percent would choose to keep working or go back to school if they received lottery winnings. With millennials, however, both numbers are over 30 percent. That still leaves a lot of young people who would simply choose to retire and enjoy their winnings; but more millennials appear to be interested in pursuing their interests regardless of wealth, whether that means seeking further education or continuing to work on careers.

It was also somewhat surprising to see how people would divide portions of their winnings when it comes to gifting. 10 different ranges of money were provided to survey responders, and they were asked to choose which range defined what they’d choose to gift, first to family and then to friends. And in both cases, the $200,000 – $500,000 range was by far the most popular response (based on a $100 million total prize). That’s a little more generous than a lot of people might expect, but it was also somewhat puzzling to see one response out of 10 as such a clear popular favorite.

And finally, the survey also got into some of the fun stuff, such as what cars respondents might purchase, or where they might travel. Perhaps unsurprisingly, Tesla won by a pretty clear margin, as the top choice of nearly 14 percent of responders. The next closest car out of 10 possibilities was Ford at 8.2 percent. As for travel, the survey turned out less specific numbers, but Japan and Italy placed as the top two wanderlust destinations for both men and women. Men had Japan first while women opted for Italy, but these were the consensus top two destinations.

All of this has to get you thinking more about the specifics of how you’d handle a life-altering fortune. Would you want to keep the winnings a secret? Would you quit your job or consider a return to school? How much might you give out to friends and family members? And finally, what would you buy and where would you go?

If only such prizes were easier to come by….

Next Extend The Life Of Your Vehicle

5 Mistakes To Avoid When Ordering Custom Stamps For Your Office

ENGINEERING: A FIELD WITH A WIDE RANGE OF JOB OPPORTUNITIES 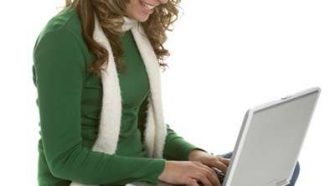