5 Methods To Avoid Winter Weight Gain And Maintain Your Body

How To Combine Types Of Necklaces and Dress Perfectly

Making Sure You Get The Best Staff For Your Childcare Center

How Pollution Affects Your Skin Internally?

The AFL season is up and running and even before it started the question that was on everybody’s lips was who will win the AFL Grand Final in 2021? There are a few teams who are serious contenders for the Premiership already, but there’s always the chance of an unforeseen rise from an underdog team which is what makes any 2021 AFL Grand Final predictions so exciting. Here are the top 4 teams who have a chance at taking the flag this year.

The Richmond Tigers have been off to an okay start this year but with plenty more games left in the season, they still have time to make more of a mark. Richmond have won the last two consecutive AFL Grand Final premierships, decimating Greater Western Sydney in 2019 and cleaning up against Geelong in 2020 by 31 points. Under the coaching and leadership skills of Damian Hardwick, the Tigers also took the flag in 2017, beating the Adelaide Crows by 48 points. The Tigers will be eager to take a third consecutive Premiership this year and they have all the tools they need to get it done again.

A team not to be taken lightly by any stretch, the Lions missed out on making it to the Grand Final in 2020, being knocked out by eventual runner up Geelong in the second round of the Preliminary Finals. They are ready to come back and take the flag this year though. With new AFL legacy, Joe Daniher, who was drafted from the Bombers this season, and the top captaincy of Dayne Zorko they might just have what it takes to go all the way in 2021.

Geelong is a great contender to be the winner of the AFL Grand Final in 2021. The team has shown a consistent performance over the last few years, even making it to the Grand Final in 2020. Their record shows that they have finished in the Top 8 every year since 2016. The Cats already have the makings of another solid performance in place for this season, with recent drafts such as Jeremy Cameron and Shaun Higgins helping to strengthen their lineup. There is no reason they won’t continue their strong performance, making 2021 the year to take what would be their first Premiership in a decade.

Port Adelaide has been one of the top 2021 AFL Grand Final predictions from many veterans of the game. They ended up finishing third on the ladder in 2020 narrowly missing out on a Grand Final appearance, losing to Richmond by only 6 points. Unfortunately, this came after a stellar season with Port Adelaide only losing three games and staying on top of the ladder for the entire season. Surely, Port must be wanting some payback for Richmond who went on to win the Grand Final last year. They have a solid team and have started the season strong so who knows if they have what it takes.

Previous What NFT Sold For 69 Million

Next Do I Really Need Health Insurance If I'm Healthy?

Bask In The Glories Of Delhi 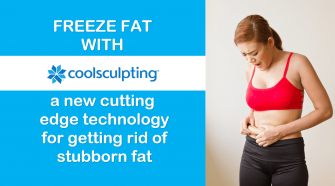