Want To Become A Million-Pound Entrepreneur?

There was meant to be an interesting showdown happening in the Killiney Novice Chase as there were high expectations of Envoi Allen facing a huge challenge in the Grade 3 chase.

Asterion Forlonge was meant to be this huge challenge as he was considered the biggest rival to Envoi Allen in the race.

These expectations, however, proved to be extremely difficult for the runner as Asterion Forlonge, who had an impressive pre-race build up, crashed out of the race at the first fence under late substitute Danny Mullins.

The expectations of Envoi Allen facing difficulties in the race were removed from the equation even before the crowds could sit down to enjoy the main event.

Right after that, the seven-year-old gelding, who was under Jack Kennedy, was seen to be enjoying the race as he moved around, making it look easy, as it went past the borderline in a way that almost looked like it was cruising through the race.

Envoi Allen improved his reputation as one of the most bombproof horses in training after extending his unbeaten record to 11 in the Grade 3 race as fans continue to push their attention to Cheltenham site for a guide regarding the seven-year-old gelding ahead of the festival schedule.

Following the debriefing of Kennedy was a post-race interview with Elliott, who confirmed that the race didn’t take the path they were hoping it would. But, of course, he showed his excitement for Envoi Allen’s win.

Speaking to the media, he said: “It’s nearly a bit of an anti-climax Asterion Forlonge went at the first because you’re waiting to see what’s going to happen, but Jack said he went around there in second gear and he wasn’t doing a stroke. He went around there with his ears pricked, but what I liked was, when Jack asked him to quicken, he got underneath the last and landed running, and quickened all the way to the line.”

“I think he’d be better with a lead. We all know how idle he is. In fairness, he had to do his own donkey work there. Jack said he was nervous enough looking at the loose ones running in and out of the fences upfront, but thankfully that’s job done. I don’t think he did anything wrong, did he?”

Elliott also admitted that while Cheltenham is still being a target for Envoi Allen, the seven-year-old will be going all out at the Dublin Racing Festival just in case problems arise for Irish racers at Cheltenham.

He added: “He’s obviously in everything at the Dublin Racing Festival for fear of anything happening with Cheltenham, but I’d imagine we will go straight there.”

Asterion Forlonge was meant to be the second or main star of the race but he was unable to deliver having dropped from the first fence as Paul Townend was reported to be sore on Sunday following a fall on Saturday. Townend will be expected to return to his mount next week.

Giving the update regarding the jockey, Willie Mullins said: “Paul was sore. I chatted to him this morning and said to him I’d rather him sit it out and rest than coming here, especially with the first two being the best races. I’m hoping he will be back next weekend.”

Next 16 Amazing Protective Gears to Save Your Dream Camera

Check These Signs Of Aging To Get Younger Looking Skin Instantly

Fact or Myth About Weight Loss

How To Keep Your Trees In Good Order 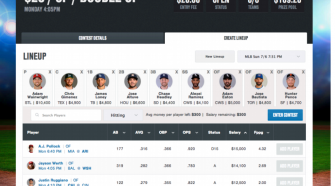