How To Dress For Work In The Twenty-First Century

The question of whether is it safe to use ENO during pregnancy or not has been repeatedly asked in the recent times. ENO is an antacid that is used to relieve symptoms of uneasiness that are a result generally of acid accumulation in the stomach. One of these symptoms is heartburn, and heartburn is sadly very common during pregnancy.

Heartburn is very common during pregnancy, and mostly it is just harmless, a minor bodily reaction to the stress of pregnancy. But that doesn’t change the fact that when the heartburn occurs, it is very painful, and extremely uncomfortable to deal with. From the upper abdomen area, all the way to the lower throat, there is a feeling of extreme uneasiness and subsequent pain. This pain is the result of acid reflux in the oesophagus, which is usually prevented or taken care of by a valve that prevents the acid from our stomach from re-entering the rest of the digestive system. But due to the excessive progesterone produced during pregnancy, this value becomes relaxed, and the acid from the stomach refluxes back into the oesophagus, causing extreme discomfort, and pain.

ENO is an antacid that works on the acid build-up in the stomach and neutralises it. The pain, irritation, blotchiness, and uneasiness – a result of this accumulated acid and its refluxes, is relieved because ENO works on the underlying cause, by neutralising the acid. The effervescence that the ENO solution produces also work to stretch the stomach, expanding the walls, and creating more space for the acid, and working to reduce the discomfort. ENO thus is a very effective and commonly used solution for acidity.

While first asserting that the consumption of any drug, or relaxant, even the over-the-counter things, should be first consulted with your doctor, one can say that moderate consumption of ENO during pregnancy is safe. The question then is what defines the term – moderate.

Consumption of ENO once in a while during pregnancy is safe; no more than a glass every other day. ENO contains sodium bicarbonate, which is a salt, the consumption of which must be regulated during pregnancy. What one can instead go for on a more frequent basis are prescription antacids that are prescribed by the doctor for the term of the pregnancy. There are also holistic and natural remedies for the heartburn and discomfort that make the use of things like vinegar, honey and ginger that can be considered for a more frequent use. The use of cold milk for the same purpose is very common as well.

The use of ENO during pregnancy is considered safe, but the moderation of the use is of prime importance, while still making sure that you consult your doctor before using it.

Previous Getting Professional and Legal Support from Anthony Ifediba

Next When Insurance Covers Massage Therapy

Lawyer For Compensation In Cases Of The Accident 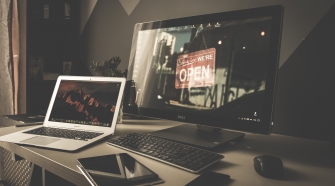 How Investing In Technology Can Pay You In Long Run?