Huperzine A Benefits and Effects

3 Ways to Improve Home Safety for Your Family

Sources such as Forbes confirm that the marketing industry is dominated by companies that are quick to take advantage of trends and techniques. Here are five digital marketing techniques that some predict will be big this year. Anyone of them could be an effective internet marketing solution to increasing website traffic.

At its peak, the pundits report that Pokémon Go garnered approximately $10 million a day. That taught marketing mavens two things. First, they learned that today’s tech users are more than ready for experiencing augmented reality. Second, they learned that augmented reality appears to have provided attentive marketers a sample of the earning potential of AR. In fact, they have already predicted that more companies will be utilizing AR advertisements, AR games and AR apps both old and new.

Too many people today have the attention span of a goldfish. Each generation has become less literary-minded, demanding and impatient due in some part to the progress of technology. What sometimes seems like an infinite stream of content and news feeds on social media from every source appears to have forced today’s audience to filter messages, (barely) scan headlines, share articles no one has really read and skip over other assorted posts. With the introduction of new technology and current trends being what they are, shrewd marketers are predicted to use more dense content in which every single word counts as they compensate for this occurrence.

Today’s tech users also seem to be responding well to immersive experience content marketing. It reportedly gives them a feeling of being involved as opposed to just putting their lives on pause as they simply stare at their smartphones, tablets, and laptops. Virtual reality (VR) and the above-mentioned AR are bringing this to the fore. There are also such related tools as 360 videos, live workshops and webinars that also increase involvement and encourage interaction.

The demand for in-the-moment content is becoming more and more common among social media users. They enjoy a vicarious view into the world of other people they would not otherwise be able to enjoy. The ubiquity of various mobile devices and a speedier internet have made live video a trend in and of itself. More and more platforms and phone apps now provide “live streaming”. Its popularity is growing and more brands are considering it as a viable internet marketing solution to increasing website traffic.

For those not familiar with the term, native advertising

Is essentially brand advertising material in any on or offline publication which initially appears to be the publication’s specific editorial content but in reality, is paid for by a given advertiser and is intended to actually promote the advertiser’s products or services. It is perhaps the oldest internet marketing solution mentioned here. It’s a proven method of obtaining naturally-appearing visibility and is noted to be on an upswing. With potential customers continually and increasingly ignoring most conventional advertising, native advertising remains an effective albeit sneaky way to get attention.

Previous Reasons Why Should You Organize Team Building Activities At Workplace

Next Things We Should Know About Hydrogen Injection System

Nice But Not Too Nice

Bowling your way to a business event 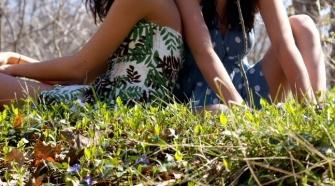