Lucy B 6 years ago

Nice But Not Too Nice

For many people who visit the city of London, the experience is not only about immersing themselves in the history and culture of the city but also to explore attractions relating to the royal family. Many of those who come to the city from around the world are fascinated by the British monarchy and as such as keen to visit sites that are closely linked to the royals.

London is, of course, home to many sites and places of interest that are closely linked to the royal family, so visitors with an interest in the monarchy will certainly not be short of things to see and do while in the city. These sites can often provide a great insight into the history of the monarchy over the centuries.

There are various attractions in the London area that you can visit if you have an interest in the royals. Some of these include:

Buckingham Palace has become one of the most well known sights and attractions in London for tourists and is in fact one of the most iconic landmarks in England. The official residence of the Queen, the palace is open for visitors in August and September so you can browse the stunning state rooms and take a stroll in the gardens.

Now home to the Duke and Duchess of Cambridge, this palace has been home to a number of prominent royals over the years. It is also a place where you can learn more about royals from years gone by such as Queen Victoria as well as take in a number of exhibitions such as the display of some of Princess Diana’s outfits.

Windsor Castle has the honour of being the oldest and largest castle in the world to be occupied in addition to being the favourite residence of the queen. You can explore the state apartments as well as the chapel where a number of former monarchs are buried. There are also a number of displays here including the world’s best known doll’s house, Queen Mary’s Doll’s House.

Centuries of rich history make this a very worthwhile place to visit during your time in London, as this has been the place where the coronation for all monarchs has taken place for close to ten centuries. Many royal weddings have also taken place here including the wedding of the queen herself when she married Prince Philip.

Once the favourite royal residence of King Henry VIII, Hampton Court Palace is the place to visit if you want to find out more about life in Tudor times. You can pay a visit to the famous maze at the palace, as well as exploring the chapel and gardens, which are some of the most stunning in the world.

With plenty of great ways to learn more about the current monarchy as well as past royals, you won’t be disappointed with the variety of royal based attractions in London.

For some interesting ideas on how to see more places in London visit www.sightseeingtourslondon.co.uk where you can find a wealth of London Tours around some of the great Royal London landmarks.

Next Writers At Live Paper Help

A Spectacular Experience Through ANA Airways

How To Get The Best Christmas Catering Services 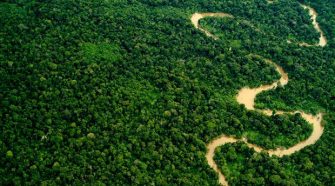 The Amazon Travel Guide: How To Book, Where To Go, and What To Do