What Should You Expect from Upcoming Galaxy S8?

Massive Flow Of Bullshit Continues To Gush From BP Headquarters.

Olivia B 5 years ago

Many people prefer to perform 3rd party modifications for their car electronics and engine. However, manufacturers often warn against such practice. Providers of 3rd party mods seek to address of the shortcomings in standard production models. As an example, a mod package can be designed to improve the air-fuel mix using a different element, such as hydrogen. It is a combustible gas and it’s believed to provide improvement in the internal combustion chamber. With the addition of hydrogen, pings and knocks are reduced, while engines can become quieter. With the addition of hydrogen, the engine will have cleaner burn. When hydrogen burns, it mixes with oxygen to produce water vapor; instead of the dirty CO2 and CO.

Hydrogen also improves the octane rating of gasoline and the combustion can occur precisely at the top dead center of the pistons. When hydrogen is introduced into the chamber, less fuel is burned; because the combustion of hydrogen produces extra power to push the pistons downward. The engine is also cooler during the combustion process. When more hydrogen is introduced into the chamber, the ECU will enrich the air-fuel mixture. It happens because the O2 sensor in the exhaust detects the presence of more oxygen. Manufacturers configure ECU to maintain specific composition of air-fuel mixture, such as 15 parts oxygen to 1 part of fuel. However, because more fuel is pumped, the performance can be ruined.

Fortunately, we could still address this issue. When adding hydrogen to the combustion chamber, we may need to put special controller to the sensors. This modification will nudge the ECU, so it accepts leaner air-fuel mix and extra fuel isn’t added. This modification should be relatively affordable. Enthusiasts of alternative fuel have commonly experimented with the hydrogen system. More advanced systems adds hydrogen when necessary. As an example, when the car idling, no hydrogen is introduced to the combustion chambers. This will increase the safety of the system, because the risk of hydrogen sparks is reduced when the engine is switched off. This system usually produces hydrogen by applying electricity into a container of water.

Because there’s no electricity when the engine is switched off, no hydrogen is produced. Hydrogen technology is relatively mature and many models are able to deliver great performance. When choosing a system for our car, we should ensure the highest value by getting the best return on investment. It means, some of the more expensive modification systems may not be appropriate, because the performance boost may not worth the amount of money. We should look for the best way to improve engine performance. Some 3rd party kits are also able to deliver higher fuel efficiency. For enthusiasts, they are able to gain benefits of mods without getting helps from mechanics. We should know how to best take care of our cars. Any kind of modifications that we introduce, we should make sure that they are able to provide the necessary benefits. This is an important thing to consider, regardless of what kind of mods that we choose.

Next The Right Way To Host Science Parties

5 Reasons To Choose Modwood Decking Over Others 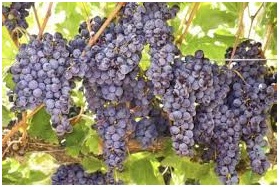 Effective Extracts from the Grape Plant