Buying Coffee for Your Café? Let Us Help You Choose the Right Beans

Everything You Need to Know About PayPal Working Capital

How To Easily Find The Best CRM Software For Apple Devices

The popularity of the Internet has grown exponentially in the last decade, and with it, the need for solid antivirus software has become more pressing than ever before. Unlike in the 90s, when the use of the Internet was still largely restricted to people with some level of technical know-how, nowadays it is so widespread that many average users could inadvertently be exposing themselves to online threats, just by doing what they normally do on the Internet. Everything from online shopping, to reading emails or clicking on ads, could potentially expose you to a virus or a scam of some kind. Buying antivirus software is not a big deal anymore, since there are abundant options to be found online. But the most important factor the buyer should consider is their budget. The antivirus software should offer the best bang for the buck. This is especially true in the business realm, where online security costs need to be budgeted beforehand. Hence it is important to choose a software which is both affordable and powerful.

Nowadays, virtually any software that can be purchased online comes with either a barebones free version, such as the Bitdefender Free Antivirus, or a trial version that can be used for a short period of time. When the trial period expires, users are usually prompted with the offer to buy a full license for the product they have been using. Apart from this, there is also software which is developed from the ground up to be completely free, and without any restrictions. But computer experts warn against using free security software, because it is usually not up to snuff when compared to other premium products. If the user is highly concerned about their money, the best route to go is to use the barebones version of a reputable internet security company. And if they are satisfied with the free version, they can later decide to spend money on the premium version.

The number one resource that users can defer to when picking an antivirus is online reviews. Since there are a lot of options to choose from, users usually have to invest some time and energy in researching which one will best suit their needs. Through these reviews they can also compare the cost of different antivirus software and can choose the one which can best fit their budget. For 3 consecutive years, the antivirus product with the highest review scores has been Bitdefender Internet Security 2015. Priced at $59.95 for 1 PC, this product hits the sweet spot as far as the price-to-performance ratio goes.

It is to be noted, however, that not all the cheap software out there is terrible, and not all the expensive software is great. That’s why it is more important to track and analyze reviews than simply look at the price point. By comparing the price and the by reading the customer reviews on the efficiency of the antivirus software, one can come to a better conclusion.

Next How To Preserve A Pond Clear - The Suitable Method

Cloud Based Solutions For Boosting Performance In New Businesses

What To Check Before Booking A Wedding Marquee 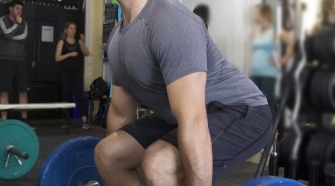 Importance Of Having A Personal Fitness Trainer For You!