Samsung is ruling smartphone manufacturing business from a long time. One reason behind its success is that it binds the customers with its new technology. Smartphone manufacturing consistency is also a good reason for its top position. In 2011 Samsung stunned everyone with its first phablet with 5.1 size i.e. Samsung Galaxy Note. In starting people didn’t like the produce. But slowly it becomes a trend in smartphone market. Last month Samsung has released its phablet under the same series named Galaxy Note 4. At present it is just hitting the market but tech pundits are now making predictions for the upcoming phablet in the same series i.e. Note 5. This is the most high-end expensive smartphone series by Samsung. So it is expected that Samsung Galaxy Note 5 will come with some unique roaring set of features.

First smartphone Samsung Galaxy Note was released in the late 2011. After that Samsung made a trend of launching its one smartphone under Note series each year. As years passing out craze of buyers towards this Note series goes increasing. In 2013 Samsung launched the Galaxy Note 3 with advanced booking. This results in a big sale before the market launch of this phablet. Last month Note 4 was launched and buyers are extremely satisfied with the product so far. According to the trend it is expected that Samsung will launch this phablet near the end of 2015. In India you can expect this smartphone on Diwali 2015.

Samsung Galaxy Note 4 is still hitting the market but some buyers complain about the hardware of the device. Samsung launched Note 4 with Quad core processor and 3 GB Ram. But still it is not enough to provide smooth gaming experience to end games. You may feel a bit time lag during the game play. Buyers also complain about the overheating of the smartphone. Sometimes Note 4 exhausts overheat during game play or multi-tasking.

It is expected that Samsung will upgrade its processor to 64 octa-core Snapdragon processor. To make the hardware even better it will support the processor with 4 GB RAM. This hardware is sufficient to use the smartphone for core multi-tasking. To speed up the gaming experience Samsung will also put up Adreno 430 graphics. This will accelerate the hardware and user will not feel any time lag while playing high end games.

Apart from this Samsung will also upgrade its rear camera to 21 MP with dual LED flash. It is also expected that this Korean manufacturer will put some good lenses to enhance video quality. For a better video call experience it will come with HD 6 MP camera. For an amazing movie experience Galaxy Note 5 will come with 6 inch Super AMOOLD UHD display. It will give crystal clear quality of movie experience to its users. It is also expected that Note 5 will come with Android 6.0 out of the box. So, let’s wait and watch for the real game that would start after the release of Galaxy Note 5.

Public Cloud Hosting – Are They Safe?

The New BMW X5 Has Arrived 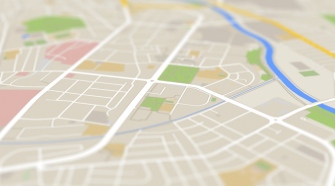 Is GIS Your Career Calling?