How Outsourcing Can Help Your Business Grow

Ways To Make Money Outside Of Traditional Employment

Find Out Why Chocolates Are Simply Awesome

These are all legitimate questions that you deserve the answer to. Once you understand the different aspects of thread count, how different sheets hold up in the wash, and what different thread counts are best at, you will better be able to order sheets. Linen companies such as Stalbridge Linen have depots located all over the country, but you need to understand linens before you can decide which to hire.

You might think that thread count is just a scheme that companies use for marketing. It is, in fact, a scientific term that measures the number of threads in a textile. The accuracy of these claims is generally regulated by local authorities, but the regulations differ in different regions.

At its most basic, thread count is a measure of the number of threads that are woven together in a single square inch of a piece of fabric. That measure counts the number of lengthwise threads as well as widthwise threads. Lengthwise threads are called warp and widthwise are called weft. That means, if a sheet has one hundred warp threads woven with one hundred weft threads in a single square inch, that fabric would have a thread count of two hundred. The reason you have heard so much buzz about this textile measurement is that many believe the higher the thread count, the softer the sheets. The idea is that the more fibres that are woven together in a square inch means that the fibres have to finer and tighter, creating softer sheets. That’s not always necessarily true.

What about Higher Thread Counts?

If good quality sheets are about 200 thread count or higher, then what about the 800 or 1,200 thread count sheets? How is that even possible? The short answer is that they do not actually contain that many threads per square inch. Companies achieve these incredibly high thread count numbers by calculating the count differently. These companies count each fibre that makes up each thread. So, if a single thread is actually five fibres woven together, they can be counted different ways. One manufacturer will say that is one thread, whereas another company might say that is four threads. That means that a sheet with a thread count of 200 will have 200 threads per square inch. However, if those threads are made of five different fibres, some companies might call that a 1,000 thread count sheet.

What Else Makes Sheets Comfortable?

Thread count is not the ultimate test of whether or not sheets will be comfortable. Thread length matters as well. In cotton, fibre length is a pretty good indication of the quality of the fabric. The longer the fibres, the more durable the fabric will be. High-quality cotton goes through the process of carding, which works out smaller fibres and leaves only the long fibres. High-quality cotton is then combed, which removes even more of the smaller fibres.

Longer fibres make for sheets that are more comfortable because the ends of fibres and the places where fibres are woven together or connected tend to create friction. The tiny bits of friction caused by the ends of cotton fibres are very miniscule but when the entire sheet is made of small fibres, it tends to be very rough because there are so many minor bumps.

This is also where the process of singeing comes in. Singeing is a process that burns off tiny bits of fuzz all over the sheets. The bits of fuzz often develop into pilling on the sheets, creating even more friction.

Mercerizing is a different process that increases fabric strength and helps it accept dyes.

Plies are the individual fibres that make up each thread. Threads with a higher number of plies means that they contain more fibres woven together. The number of plies does not necessarily reflect the quality. However, if you are looking for a more durable sheet, you should look into double ply sheets. Single ply sheets are going to be thinner and lighter, but they might feel delicate.

Single ply sheets might be better for the warm summer months when you want more breathable sheets to keep the heat down. Double ply sheets are going to be thicker, so they might be more useful in the winter when you want to trap as much body heat as possible.

Whatever kind of sheets you decide on, it is most important that you are informed about the different features. Thread count is not a perfect indicator of quality, but if you are well-informed about what thread count actually means, you can pick sheets intelligently.

Next Joyluxe Boutique Can Be Your Shopping Destiny

Buy Welders That Are Good and Suit Your Requirement

Shop These Gifts For Your Sweetheart On This Valentine’s Day 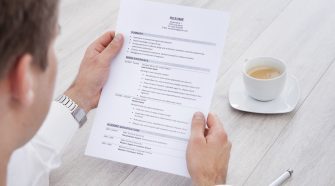