What is a Head Shop?

Some Of The Essential Tips For Buying Used Farm Equipment

Some cars are created through the vision of a single-minded individual, but the Cobra’s genesis was more tortuous. The story began with a twin-tube chassis designed for club racing by John Tojiero and featuring all-independent suspension with a transverse leaf-spring at the rear. In 1952 Cliff Davis had fitted one of these chassis with a 2.0-litre Bristol engine and a very pretty alloy body inspired by a Ferrari 166 Barchetta. The car came to the attention of Charles Hurlock of AC, who bought the car and decided to put it into production. The AC Ace was born, in 1954.

AC fitted its own overhead-cam 2.0-litre engine which gave 85bhp in triple-carburettor form, then offered Bristol engines as an option from 1956. When Bristol moved to Chrysler V8 power, AC looked around for an alternative and settled on tuned 2.6-litre Ford Zephyr engines.

Meanwhile, American race driver and engineer Carroll Shelby had come up with the idea of installing a powerful American V8 engine in a neat-handling European sports car chassis. As a driver Shelby had won at Le Mans for Aston Martin in 1959, and he went to his old team with the idea. Aston Martin showed interest but had other priorities, so Shelby approached AC with backing from Ford’s Walter Hayes for supplies of Ford’s new V8 engine. In the autumn of 1962 the first Cobra was built, Shelby dropping a 260ci (4261cc) Ford V8 into a mildly revised Ace chassis.

The addition of V8 power made the Cobra extraordinarily fast – the sprint from rest to 100mph (161km/h) took just 14 seconds, still a more than respectable figure today. The chassis struggled to cope with the V8 power, but the Cobra was destined to become even more powerful. For 1963 the engine was upgraded to a 4.7-litre (289ci) unit, which could propel this Mk2 Cobra from rest to 60mph (97km/h) in less than six seconds and go on to 138mph (222km/h). The Cobra became a force in sports car racing, as well as an adrenaline-producing road car. At first only available in the US, it went on sale in Britain in right-hand drive form in 1964. That same year special Cobra coupes won the GT category at the Le Mans 24-hour race.

With Ford’s help the Cobra chassis was completely redesigned for 1965. The new chassis was wider and stiffer, and it was fitted with more sophisticated coil and wishbone suspension all round (replacing the transverse leaf rear-end inherited from the Ace). Halibrand centre-lock alloy wheels were fitted and the bodywork revised with the addition of bulbous extended arches to cover the fat tyres. Powering this new Cobra was an even larger engine, the famous 427ci (6997cc) V8 which Ford had developed for NASCAR racing and which would power the Mk2 GT40s to victory at Le Mans in 1966. Cobra production continued until 1967, the last few built with the slightly larger but cheaper and less powerful Ford 428ci (7014cc) V8 engine.

The Cobra reappeared in 1983, initially as the ‘AC MkIV’, but Ford granted permission to use the Cobra name again in 1986. Today a revitalized AC produces MkV cars with modern engines. The Cobra legend continues…

Placing faith in the right people 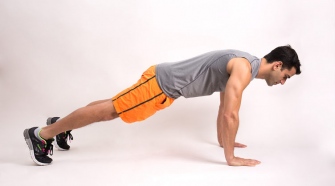