The Importance Of Tomatoes In Indian Cooking

3 Most Interesting Places In Faridabad

Despite countless TV, print, and radio ads warning drivers of the consequences, people still get behind the wheel of a car after they’ve had too much to drink. They think their tolerance is higher than it really is, or they think it’s only a few miles to their house and they’ll be fine. Or maybe they’re just a selfish person who constantly makes the worst decision possible, even when they have plenty of other options.

Regardless of how they got on the road that night, you ended up in their line of fire. A drunk driver caused an accident that mangled your body as well as your car. Now you have to try and recover amidst a mounting pile of medical bills. You can’t work full-time right now because of all the medical appointments, either, which makes it even harder to believe you’ll ever be financially whole again, even if you’re fortunate enough to make a complete physical recovery.

Time is of the essence when filing a personal injury suit. The longer you wait to consult an attorney, the more likely it is that critical evidence in the case could be lost. While it varies from state to state, you also need to file a suit within a certain amount of time after the accident in order for it to be considered valid.

Many lawyers offer free consultations, so there’s no need to wait. Start calling lawyers immediately. It doesn’t matter if the drunk driver is already being prosecuted criminally. You can still seek compensation for things like lost wages, medical expenses, and other costs. A good lawyer will be able to tell you whether or not you have a strong case against the intoxicated driver.

You may worry that you’ll be perceived as greedy or heartless if you pursue a civil court case. Don’t waste your time on that line of thinking. For one thing, drunk driving accidents are among the most preventable kind. There’s no excuse for that sort of thing.

You’re the victim here, but there’s a reason that the state is prosecuting the driver, not you. Justice for the state isn’t necessarily going to mean justice for you personally. Sure, any good prosecutor’s office will work with you to make sure you know how the trial will unfold. If you’re going to testify, they’ll help prepare you for that. If the driver is found guilty, you may even be able to make a victim impact statement during sentencing. But while seeing the driver go to jail could be emotionally satisfying, it doesn’t mean justice has been fully meted out.

When you’re victimized by a drunk driver, you get scars that are emotional as well as physical. It’s common to need therapy and mental health treatment in addition to everything else. You may get frustrated and wonder why the driver didn’t just take a cab that night. If the driver has a history of driving while drunk, you may wonder why he didn’t just go to rehab and try to fix his life instead of almost ruining yours.

You may or may not get answers to those questions during a civil trial. It’s likely there are some things you will never know, but that’s OK. Hiring a lawyer and getting the financial settlement you deserve will probably do wonders for your psyche as well as your bank account. Even if you’ll never know exactly why things worked out the way they did, you can still find a sense of closure. A bad thing happened to you, but it doesn’t have to haunt you forever.

Next Display Your Company’s Best Side At Trade Shows 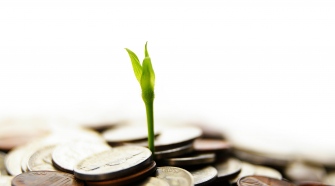 Best Investment Options In 2016 For Beginners