SEO Basics For Businesses and Firms

Start Eating These Foods and Start Lowering Your Cholesterol Now

Do I Need My Air Ducts Cleaned?

Sure, your company has an advertising budget. But are you going to trade shows? Trade shows allow a specific audience (generally one you want to target) to view the latest developments in a certain industry. Instead of buying up ads and hoping the people most likely to buy your products will view it, trade shows bring that audience right to you. You don’t want to miss out on a great opportunity to display all that your company can do.

You can’t just walk into the exhibit hall with a few pieces of poster board and hope for the best. That’s a bad strategy for a school science fair, much less a serious trade show. As soon as your company signs up for the show, start planning. In what ways is your company the most innovative? How are they doing the most good for their customers? What’s the best way to take your company’s mission and convert it into a display that will attract eyeballs in the middle of a crowded conference hall? It’s a good idea to bring in a team of experts who know exactly how to create great exhibits at trade shows. You’re an expert when it comes to fulfilling your company’s mission. Companies like Nimlok are experts on translating that mission into an exhibit worth remembering.

The audience at trade shows is oftentimes more educated about the industry than a typical audience would be. This is both good and bad. They’ll have higher standards, for one. A customer who knows their stuff is more likely to be drawn to a company that can clearly demonstrate that they are experts in the field. There’s no time to dilly-dally around. A silly mistake could cost you a lot at a trade show. For instance, think of a trade show devoted to writers and other creative artists. Writers probably won’t be too forgiving if a publishing company’s display booth is full of typos. No one wants to be invited to “come wark with our experienced team!”” It’s like getting the theory of relativity wrong at a trade show devoted to science and engineering.

You want to give your company all the tools it needs to really succeed in a high-energy environment such as this. If your exhibit is boring, then a potential customer can just walk a short distance to any of the dozens of other options vying for their attention.

Think of your company’s various departments. You want to give them all the tools they need to succeed, right? Human Resources can’t do its job without a payroll system that’s relatively simple. The development team can’t operate without enough server space. The creative department will be in a real pickle if it doesn’t have good design software that’s up to date. You wouldn’t hamstring those teams, so don’t hamstring your marketing team by sending them into a trade show without all the tools they need to succeed.

Trade shows aren’t just a place to get new customers. It’s also a place to see what the competition is up to. Sure, they’re not going to be giving away company secrets in a booth that’s eighty square feet, but they are going to be bragging about something. Maybe they’re adding branch locations like crazy, or maybe their CEO just received a prestigious award from a national trade publication. You don’t want to get to the exhibition hall and realize that your company is behind the curve when it comes to self-promotion. You want a clean, informative display that your employees can be proud to stand behind (or in front of, depending on how your exhibit is laid out).

Previous Obtaining Justice When A Drunk Driver Injures You

Next Understanding The Essential Features Of The Different Sections Of CAT

Decorate The Exteriors Of Your House Using Stone Veneer 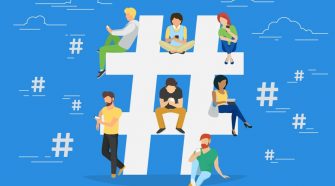 The Science Of Coming Up With A Hashtag For Your Event