Where to Look For a Cheap VPS Hosting?

The Latest Strategies For Web Site Design In London

5 Things Dropshippers Need to Remember When Partnering With Influencers

We should be aware that achieving success in sports isn’t always a good thing. Many athletes could actually become unhappy. Many of them need to deal with the lowest points in their lives, as they have to grip with the reality in life. Sports career is often marked with various devastating lows and exhilarating highs. Many athletes can find it discouraging to stay active in sports, especially because they devote so much effort and focus on events that take place only four years. Olympians can be rather singularly focused and they could think only about getting the Gold medal. That small piece of award could be one thing that defines their whole career.

Successful athletes are often regarded as divine and pride of the whole nation is often placed on their shoulders. They are under enormous pressure not to let millions down in their home country. Once they win a gold medal, athletes are often treated like celebrities and the whole nation throw parties for them. For a period of time, their faces appear on cereal boxes; but eventually their lives return back to normal. This can be a very exhilarating time for athletes and after being treated like a God, many athletes don’t know how to return back to normal. This could cause plenty of depressions among athletes and this would be a well-recognized issue, especially among retired professional athletes. The situation can be more difficult if young, productive athletes need to retire permanently due to serious injuries.

The moment an athlete wins the gold medal, it should be considered as the beginning of a low era in athlete’s professional lives. The life after the gold medal is something that we need to seriously consider. Depression can easily affect many successful athletes, due to their inability to make a transition to normal lifestyles. In fact, there are gold medal winners who make their suicide attempts. People who have fulfilled their life passion could find emptiness, because they never think of other things than the gold medals. Athletes could lose their life balance after winning a big championship.

The process of fulfilling their goal can also contribute to depression. Overtraining months before the Olympics could be stressful for any athlete, even for professional ones. Many athletes may not be aware that they have suffered from mild concussions, especially in contact sports. Athletes often think that they will have wonderful lives by getting gold medals, such as special privileges and accolades; but they are often short-lived. In the next four year, there will be others who win the next gold medals and they will be slowly forgotten. Due to their sense of mental and physical superiority compared to average people, many athletes refuse to seek out proper helps. Athletes would likely put on their brave faces, instead of showing signs of weaknesses; although they have lost their passion and felt hopeless. There are actually other things that athletes can do after achieving gold medals, such as pursuing favourite hobbies or starting a small business. It is important for them to look for new passions in their lives.

Next Fact or Myth About Weight Loss 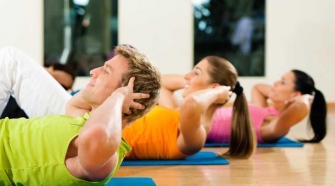 A testosterone booster without any side effects, Forskolin