99acres.com Maintains Its Position As The Top Real Estate Portal Of India

How To Extend The Life Of Your Furniture

EaseUS Data Recovery Gets Your Data Back

These days, everyone (and their pet) has a social media presence. Even non-human entities like businesses, political campaigns, movies, and nonprofit organizations have social media presences to spread their message, grow their brand, or otherwise bring likeminded people together in the name of a shared interest. Should the new Pope get in on the bandwagon and build himself a social media presence? As you can probably guess, that question might spark some debate in the Catholic Church. Read on to learn more:

Does Pope Francis tweet? If you asked Pope Francis this question, it is likely he wouldn’t understand the meaning of the word tweet. This is a man who still uses a typewriter, and who follows soccer matches on a radio. While it is true that Pope Francis had a Facebook profile while he was a Cardinal, he had nothing to do with managing the account. That job was done by his then-time spokesman, Guillermo Marco, who has been quoted as saying that the Pope understood nothing about the process. However, the Pope has also expressed that he does appreciate the important of social media in today’s society, and he continues to show support for the church’s use of social media to accomplish its goals.

Prayer in the virtual world. In addition to his previous Facebook account, Pope Francis gave his blessing for the development of a prayer website, where people could congregate in virtual reality and offer their prayers in the name of the Catholic Church. This “virtual parish” was successful in bringing people together in prayer, and operated under the Pope’s good will. Additionally, the Vatican currently has in place a social media strategy for the purpose of missionary outreach, citing technology as sometimes the only means of communicating with people who live at a distance from the church.

Pope Benedict XVI and Twitter. Pope Benedict XVI has his own personal Twitter account and did make use of it to tweet about Catholic priorities such as ending world corruption and easing suffering among the poor. Many speculated that Pope Francis might take over the previous Pope’s Twitter handle, but without knowing how truly un-tech-savvy the Pope really is. The truth is that even Pope Benedict XVI didn’t really tweet; he assigned that duty to an aide.

It is clear to see that social media has its place in the mission of the Catholic Church, and that Pope Francis will embrace–as he has done in the past–the use of social media to spread the church’s message to people across the globe. He clearly doesn’t need anything as complex as RingCentral’s voicemail system to reach his followers, but he should embrace as much technology as possible. Given the power social media has in reaching a widely variant array of people and strengthening brands, it seems safe to say that Pope Francis would be doing the Catholic Church some good by building himself a social media presence.

Previous Does President Obama Spend Too Much on Vacations?

Winter Isn’t The Only Time To Wear Fur

Muay Thai Training and Boxing Program in Thailand for a Holiday

What’s So Special About The Bookkeeping Services?

Some Delectable and Beautiful Cakes For Any Occasion 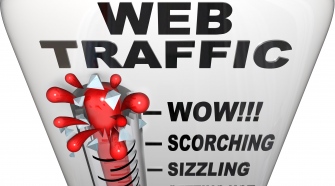 Trust The High Traffic Websites For All Solutions