No one would argue that the job of President of the United States is a high pressure job, and one of great responsibility. America tends to reward those people who stand out as willing and able to shoulder those burdens, but the President’s leisure time spending has some Americans wondering how much is too much. Does President Obama spend too much on vacation? Read on to learn more:

How Much Does Obama Spend on Vacations?

In the first three months of 2013, the Obama family went on several vacations, to lavish places such as Hawaii, Martha’s Vineyard, Aspen, Florida, and the Bahamas (a Paradise Island spring vacation just for President Obama’s daughters, Sasha and Malia). It is estimated that, since his induction as POTUS, Obama and his family have vacationed their way through over $20 million. These estimates don’t even include the pre-vacation flights to prepare each destination for the President’s arrival.

Who Pays for Obama Family Vacations?

This is the big clincher for many Americans: The American public pays for President Obama’s lavish vacations with their tax dollars. It is for this reason that United States citizens are up in arms over the seemingly disproportionate (when compared to most American families, that is) frequency and grandeur of the Obama family vacations. While few would argue that the POTUS shouldn’t be allowed to enjoy some leisure time with his family, it seems much more difficult to justify the need to make the American taxpayers foot such a large bill. After all, many Americans are struggling just to make ends meet, and those are the Americans President Obama is supposed to be fighting to advance.

A Generous Gesture from Obama?

President Obama recently made headlines when he offered to give five percent of his $400,000 annual salary back to the federal treasury, to show that he is willing to sacrifice alongside all of the other federal employees financially impacted by the sequester. This has many Americans speculating as to whether or not the gesture is also a means of assuaging the now-frequent media attacks in regards to the Obama family vacationing regiment. Either way, many people are saying that it’s too little, too late. After all, five percent of $400,000 simply doesn’t stack up when compared to $20 million.

Does President Obama spend too much on vacation? That’s hard to say, when there are no clear-cut rules in regards to how much the President of the United States can spend on vacation. However, few would argue that $20 million in vacation money is excessive, at least relative to what most Americans are able to spend on vacations (if they can even afford vacations). Working hard to plan your own? Try to visit this site for more information on affordable deals!

Next Should Pope Francis Build Himself a Social Media Presence? 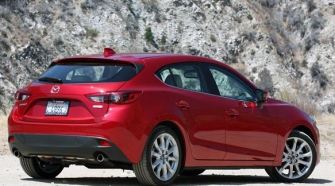