How To Raise A Better Webinar?

Secret Credit Card Benefits You Never Knew You Had

If you’ve never been to Portland, Oregon, which lies near the top of America’s west coast, then possibly your only exposure to the city might be the sketch show Portlandia, which takes a witty, affectionate look at the activities of some fictional residents. Portland goes by several aliases, including the City of Roses, and Beertown, which I’ll explain later. But the point of this article is to alert you, if not already alerted, to what is possibly the funkiest, quirkiest, weirdest, coolest place in the United States right now. 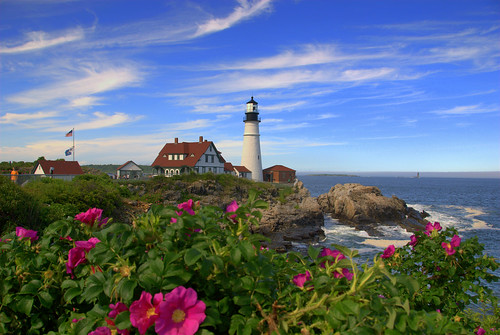 Let’s start with the colour Green. Portland is one of the world’s greenest cities, thanks to an advanced public transport system that means cars are largely unnecessary in the metropolitan area, and efficient land-use (80% of Portland residents live within half a mile of a park). That may be part of the reason why whenever somebody takes a Quality of Life survey, Portland inevitably scores highly. It’s also very big on vegetarian food, and as we know, going veggie is one of the greenest things you can do.

What about its people? Well the ones in the Portlandia comedy are (sadly) extreme versions of the kind of characters that populate the city, but it does have a reputation for attracting, or home-growing, some quirky folks. Cultural icons who have sprung from Portland include Simpsons creator Matt Groening; author of Flight Club Chuck Palahniuk, and artists such as Sleater-Kinney, Elliott Smith, and the Dandy Warhols are just a small part of an impressive musical scene encompassing many genres. Courtney Love met Kurt Cobain here, that’s a historical landmark! Politically, it’s a very liberal place too.

And the food and drink? As you’d expect, there’s an awful lot to discover. There are over 600 different foodcarts in Portland offering a huge variety of meal,especially of the vegetarian persuasion. And it’s gourmet grub too, none of your sawdust -tasting hot-dogs, although you could probably find one if you really wanted to.

Portlandians are heavily into their beer and coffee too. The artisan coffee market is really buzzing, so if you know your mocha from your frappes, consider yourself a connisseur of the bean, then this really is the place to be. And the beer? There are more than 60 microbreweries in Portland. That’s more than anywhere else in the world including Germany, the heaviest consumers of the stuff. That’s why they call Portland Beertown of course, and you could easily have a different drop every day of the year.

So I can listen to some great bands, enjoy an amazing meal or sample some of America’s finest beer or coffee here. And what other kind of activities are there to do in this city that is, frankly, starting to sound like a bit of a paradise on earth? Well, do you like reading? Portland has a gigantic used and new bookstore that takes up a multi-storey building along an entire block – it’s quite possibly the largest independent bookstore in the world, and somewhere you can spend many a rainy afternoon happily browsing for hours on end.

Also here is a beautiful classical Chinese garden, modelled on those found in Suzhou which is a scenic place to take the air, and plenty of festivals. The Rose festival celebrates Portland’s massive rose-growing industry (that’s why it’s called the City of Roses!), and incorporates dragon-boat racing as part of the festivities. Naturally several beer festivals are held, and at the last World Naked Cycle Ride, which is held in Portland, over 13,000 people attended, to er, press the flesh.

And if all this isn’t enough to explain why Portland is so great, take their unofficial slogan which you’ll find on bumper-stickers, road-signs and pin-badges – “Keep Portland Weird!” Fancy a visit? Visit Trek America online for tours that pass through Oregon.

Next Discover The Real New Orleans

5 Amazing Places That Have To Been Seen On a Motorcycle 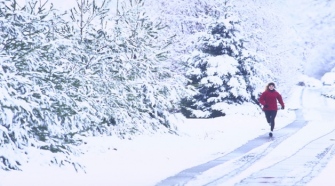