3 Simple Precautions To Take On A Road Trip

New Orleans, or the Big Easy as they call it there, is without a doubt one of the most intoxicating cultured and exotic places in the United States. Its musical and culinary heritage are unrivalled, and the annual Mardi Gras Carnival in January is one of the country’s biggest tourism draws. Over ten million people were visiting New Orleans every year until the disastrous Hurricane Katrina in 2005, but the city has weathered the storm, and regeneration of the neighbourhoods and inner city so badly damaged is well underway, albeit with a lot more to do.

So if you’re thinking of visiting New Orleans, what are the essential things to see and do whilst there? Here are my suggestions for what not to miss.

The city’s oldest neighbourhood has rather a disingenuous name, given that most of the famously beautiful architecture that people come to see there dates to the Spanish colonial era in the eighteenth century. Thankfully it was relatively untouched by Katrina, otherwise we would have lost some of America’s oldest and most attractive buildings. Bourbon Street is the best-known street in the Quarter, hugely popular for its bars and clubs and famed for its decadence – Pat O’Brien’s is where the Hurricane cocktail was invented, and has been there since the thirties. There’s also many fine old restaurants here, and the district is generally a real melting-pot of cultures. One of the most exciting places to be during the Carnival.

Actually a short drive outside New Orleans, this is a real slice of Louisiana history. Built in 1853, this opulent family home was constructed on the banks of the Mississippi, and in style actually resembles a steamboat. It’s a National Historical Landmark, with daily tours through its many elegant rooms. It encapsulates a period of great prosperity built on the back of slavery in the sugar fields, and exhibits in the house record details of the men, women and children who worked there, and the prices that were paid for them. Maintaining a home of this grandeur was ruinous for the family that owned it, but is has now been fully-restored.

The main New Orleans cemetery gives a fascinating insight into the changing cultures and immigration that have shaped the city. Graves here denote people of Spanish, Creole, French and Irish extraction, among many others. Tours run explaining the stories of some of the more famous internees, as well as rumours of ghosts!

This iconic market in the French Quarter has been around since the eighteenth century. Here you’ll find festivals and events, a flea market and dozens of great shops, but you mustn’t leave without something to eat. There is a huge variety of food on offer, much of it traditional Louisiana-fare. The Café du Monde is a tourist hotspot, selling coffee and beignets, the official state food!

A multitude of riverboats either pass or stop at New Orleans, and a gentle cruise along the Mississippi, preferably on one of the huge paddle-wheeled crafts, is about as perfect an example of Southern romance as you’re likely to find. Many cruises incorporate a show and meal which, while undoubtedly pretty tame in order to appeal to as many tourists as possible, are still a lot of fun. Magical views of the riverbanks, and New Orleans alongside them, are possible. If you can’t afford the trip, my advice is to pick up a crawfish sandwich from the French Market and sit by the river watching them go by. View online the Deep South and Delta Blues trips offered by Grand American Adventures which feature these incredible Mississippi experiences as part of the package!

Next Understanding The Achievement Gap In American Education

Why Do Businesses Need Translation Services?

How To Rock In Your Business Development Role- Some Tips!!

That Beautiful Old House May Harbour Some Secrets 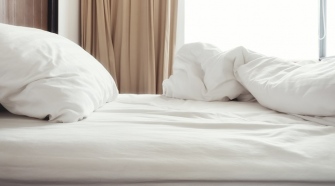