3 Things to Steer Clear of in Buying a Vehicle

As far as web design trends are concerned we all like to grab the latest trends. We follow and utilize a trend until it becomes commonplace and then start looking for the next big thing. So, what are the design trends that are going to hit the web this year? In 2016 we are going to see a good array of techniques and trends, but obviously a majority of trends from previous will be dominant as well.  More use of illustrations and video, vertical patterns, interfaces with material design, sliding UI, tweak in scrolling, all these and many more design elements will continue to dominate.

Handmade custom artwork and illustration in websites will become a big trend throughout this year. While large high quality images have made a great presence in the recent past, in the time to come graphic illustration with handmade artwork is likely to play a bigger role.

Hand-worked illustrations besides ensuring uniqueness can really add to the depth and warmth of the web design. While flat design for some years in a row have made a dominant presence shortly the tweaking of visual elements with hand-drawn illustrations will allow incorporating new ways of adding simplicity and elegance.

2. Tweaking with Navigations and Menus

For some time navigation and menu of website is continuing to hold great importance for many websites. To give a new look, feel and ease of usability developers keep playing and experimenting with it. Hamburger icon for menus has become widespread throughout 2015. To make content more usefully displayed and contextually delivered, we are likely to see experiments coming up in navigation elements and menus.

Scrolling until now has proved to be a great element to experiment with. It is actually a double edged sword having pros and cons on both sides. While some maintains long scroll helps building readership but for quick scanning of the contents it is actually detrimental. Long scrolling is natural but the user cannot scan the page quickly at a glance. On the other hand, shorter scroll actually helps quick scanning of the entire site and helps getting to the point quickly but the experience can be so quick that it may help increasing more bounce rates. So, there will be diversified approach on scrolling or no-scrolling in the time to come.

Suddenly, for some time a majority of web and mobile interfaces are emphasizing on contextual action rather than other things. A context is situational in nature and it depends upon the situational requirement of the user at a given moment. Now intelligent interfaces can address the contextual requirement of the user and make the web experience more engaging and smart.

Virtual assistants being incorporated in many websites and apps are making things easier. They are allowing smooth interpretation of speech and better responsiveness to user situation. Virtual assistants in more than one way are great examples of utilizing artificial intelligence in user interfaces. Virtual assistant programs like Cortana and Siri are increasingly showing more capabilities to learn from the human interactions and implement the learning contextually.

A web interface with split screen is continuing to catch the imagination of many web designers.

Two separate content sections offer a nice balanced contrast with each of the sides containing different images, intended engagement elements and call to action buttons. While it is already hugely popular, in the months to come this popularity is only supposed to grow. Human beings primarily understand anything at the first encounter with binary meanings and this design allows that binary options. This allows offering more CTA buttons and more actionable options. It creates an interesting visual element to the web page.

Material design has emerged as one of the most dominant web design trends in the recent times. From this design philosophy several different trends emerged and became dominant. One of them is card style interface design. Card like content block are fun to create and they help keeping information thoroughly organized within separate containing areas aggravating the chances of interaction and visibility. Moreover, cards are easy to incorporate in design for mobile and any other computing devices.

Typography is a crucial element to grab user attention and often used in collaboration with the design elements like color, contrast and layout it offers quick recognizable focus on the contents and CTA of the site. In the recent past we have seen a lot of experiments going on with typography, or better to say, in making them beautiful and functional. In the time to come this emphasis on typography is likely to continue.

There is a consistent emphasis on big and bold typefaces and that is likely to continue as such typography goes well with full screen visual elements or graphics or animated characters. A bit of experiment with traditional typefaces can really prove to be engaging with other visual elements.

For almost 3 years in a row flat design swept the web and mobile interfaces across the niche. As responsive and mobile friendly design became a criterion, flat UI became popular as it looks fine on all interfaces. So, given the huge boost in usefulness and ease of maneuvering and readability, flat design is very likely to hold greater importance than ever. Even some websites designed flat may further make design further flatter. Flat design is functionally superb as it helps boosting page load speed, ease of navigation and boost visibility of contents.

10. Use of Rich Animations

While web community is continuing to put their effort in making sites and apps look great and user friendly, they left almost no pages unturned in their effort until now. Nothing works as cool as animations in uplifting the visual impact of a website. Animations help user engagement, create storytelling effect and enhance interactivity. Some of the most important animation effects that can help engagement and interaction include parallax scrolling, hovering effect on buttons, spinners, loading bars, animated figures showing emotional response, etc.

But, while animations can really play vital role in creating interactive web experience, one needs to create them simple and unobtrusive. Your use of animation should be contextual, engaging and throughout interactive to tell the story of your brand in an engaging manner.

Next Consider Environment Friendly Sisal Rugs In Your Residence or Office

Getting The Best Out Of Your Kitchen Remodeling Projects 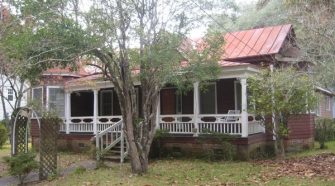