What Are The Healing Benefits Of Therapeutic Ultrasound?

How To Use Strategic Tax Planning To Reduce Your Taxes

You might hear the phrase “achievement gap” thrown around in stories on the news about America’s struggling public school system. And you might ask yourself, what does the achievement gap really mean? It’s both simple and complicated. In 2013, an American Politics research study found that legislators are more likely to enact education reforms when it’s proven that white students are failing. Little or no action is taken when the education system fails children of color. According to the Schott Foundation for Public Education, only about half of black males graduate high school in four years. Among white males, the number is nearly 80 percent. The achievement gap usually refers to how students of different races have less of a chance of educational success. But it’s also a direct statement on poverty, and low-income children of all races are affected. What is being done?

Educators have been researching and analyzing the disparity between white students and students of color for more than 40 years. This gap is undeniably linked to poverty. In 2012, one out of every seven Americans lived in poverty, but the numbers were skewed far higher for blacks and Hispanics. The National Center for Law and Economic Justice reports 26 percent of Hispanics and 28 percent of blacks are poor, compared to just 10 percent of whites. This means they have less access to educational and community resources that help them succeed. Statistically, this gap begins before they are even old enough to go to kindergarten. The size of the gap varies by state and region, but the average black or Hispanic child is usually on par with the lowest academic tier of white children.

The gap is widely defined by economic level, but there is a long list of factors that contribute. The National Education Association breaks these factors down to two main categories – things within the school’s control and things the school has no control over. Within the school, there are problems such as large class sizes, less demanding coursework, and poor leadership. They point to teachers who are untrained, unprepared, and lack the right resources – especially technology – to teach properly. Outside the school, factors include state or national budget deficits, lack of health and social services, and parents who are too busy working to keep the family afloat to devote time to helping their children succeed in school. Even poor nutrition and low birth weight can contribute to an achievement gap.

Efforts have been made to understand and reduce the achievement gap for decades, some of them more successful than others. Schools have found that lowering class size has little effect in the long term and often results in hiring less qualified teachers. Offering remedial classes also has little effect – more success is found in the opposite method. The push has been for teachers to have higher expectations of their students and to teach at a higher level. Recently, the amount of students taking college prep coursework has gone up, and the gap between blacks, Hispanics, and whites has severely reduced. Access to post-secondary education is a strong factor in closing the achievement gap. Affirmative Action and opportunities for low income students in online and community colleges has changed the way students think about their future.

The achievement gap is important not only because it causes a huge problem for the education system. It’s also reflected heavily in the national economy. Finding out why minority and poor students lack the same opportunities is the key to finding out why the poor tend to stay poor. Through research and reflection, the American Dream should one day be possible for everyone.

Writer Brett Harris is an education author. If you’re interested in becoming part of the American education system, you may consider pursuing the Most Affordable Online College Degrees

Next Bringing Out Your Child’s Inner Performer 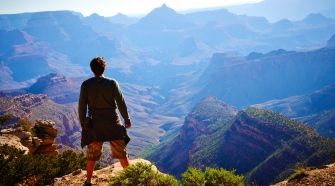