Security Essentials For Any Business

Unlock iCloud On All iPhone Devices For Free Permanent

The first Indian startup acquisition to take place after Whatsapp acquisition, Twitter acquired a Bengaluru based startup company – Zip-Dial to facilitate its process of reaching out to people who come online in such websites for the very first time. Since Twitter believes that despite the availability of various media, people in countries like Brazil and India fail to stay connected to these media due to the not-so-affordable data charges. Zip-Dial, a platform that initiates missed calls from the user’s side and allows giant global companies like Coca-Cola to connect to these users, who are deprived of direct internet access.

According to Twitter, the company decided to acquire the India-based startup company due to the uniqueness of the platform and because it opens up an entire database of customers across the world to connect to Global companies. The announcement of the acquisition was made by Twitter via a tweet on 20th January 2015. The giant reportedly shed a whopping $34-35 million (Rs 215 crore) for the acquisition. Despite the acquisition, the existing employees of Zip-Dial will reportedly be posted in India.

Zip-Dial is the first of its kind platform, which was co-founded by an American entrepreneur Valerie Wagoner in 2010. The company was founded by Valerie Wagoner in association with angel investors – Amiya Pathak and Sanjay Swami. The platform boasts of its user database of approximately 60 million, thus allowing these companies to tweak a user database of 22 million alone in India. According to Twitter, although the company will not disclose the user numbers according to their geographic location, it will reportedly access over 22 million user numbers in India, other than users who are located across other countries like Malaysia and Brazil.

Previous How To Change Your Car Windshield

Creating Something Unique and Beautiful To Your Conservatory

Installing A Pool? Here Are Things To Do First

How To Choose The Best Window Display Supplier In UK 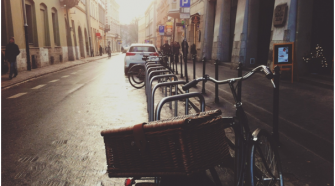