How To Choose A Basketball Flooring

Don’t Think About The Reliability, Just Link With Blind Faith

Mobile technology has undergone drastic changes in the recent years. The innovations like fitness trackers, Apple watch, Android wearables etc. justify the statement completely. This has resulted into increased dependency be it for entertainment, security, shopping or any professional interaction. People can’t even imagine a day without their phone in hands. And with the outbreak of mobile apps, it has become more than just a device to communicate. You can find an app for almost anything even it means keeping an account of steps you walked in a day. All the daily activities like ordering food, hiring a cab, recharging your phone or watching your favourite videos on the go, can be carried over a touch or tap.

It is arguably true that apps have become an inevitable component of the digital world for daily activities. As the mobile industry is growing so fast, there has been a rapid change in the trends for application development. The information about these trends stands of a vital importance especially for the marketers who want to rise above their competitors, leading the success curve. If you are a marketing professional too, this post is worth reading!

Let’s have a look at budding mobile app development trends 2016:

Overlooking security gaps is no more a scenario for mobile applications if you want yours in the apps stores. This implies that developers are likely to be on their toes and will primarily focus on improving critical security measures. The coerce is on the developers to develop apps that can run securely as the new platforms like iOS 9 that are renowned for the high-end security quirks value integrity to the most.

Such strict protocols of security are agreeable as the apps nowadays are more a storehouse of highly sensitive and personal information such as bank details and much more. Any kind of information leak or security gap is just not acceptable and need to act upon seriously.

It is an undeniable fact that cloud technology has played a key role in the process of mobile app development, which is likely to gain rage in the years to come. The sudden traction of cloud-fold applications is basically two-fold. Firstly, developers can design small-in-size mobile apps backing them with cloud support. Secondly, users gain the freedom to synchronise their apps through different multiple devices, all thanks to the cloud compatibility. It has, in fact, become a necessity due to increased use of wearable tech and smart devices.

Cloud compatibility is something that boosted the cross-functionality between different platforms.

According to the Gartner’s prediction, the market demand of the enterprise mobile apps is likely to outgrow the capacity of the IT organisations to deliver five to one. It is even estimated that approximate 35% of the large enterprises will launch their very own platform for mobile app development in 2016. This is not all; the trend is likely to grow over time. Another reason for the traction of enterprise apps lies in the increased earnings that developers enjoy.

Hence, enterprise apps owe to both the monetary benefits and the ease to customers.

4) The Internet of Things will Gain Momentum

Considering the monetary value and customers’ attention, it is not sensible to let IoT take a backstage in the app development strategy. The burgeoning success of wearable techs will remain unaffected especially the iWatch from Apple. This emerged as a major challenge for the Watchkit developers as Apple is going to launch the Watch OS2 in few months. Therefore, developers need to be ready to pace up the IoT (the next big thing) to take the app development to the next level.

Lace up your shoes and be ready to run in the tech marathon to be getting tougher this year. And, keep following the trend updates to make a strategic approach towards success.

Previous 99acres.com Maintains Its Position As The Top Real Estate Portal Of India

Next The Hidden Advantages Of Steak You Didn’t Know

Installing WhatsApp On PC Without BlueStacks

Keeping Up With Apple Technology Can Be Challenging

3 Tips For When You Buy Another Vehicle 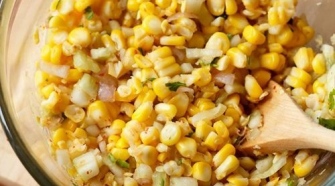