Bajaj Auto to launch four-wheel RE60, but it is not a car

Get The Ultimate Gaming PC

With the launch of new iPad and iPhone 2014 Apple released the new mobile devices operating system too, here we are talking about more advanced and better Apple iOS 8. There are various Apps in iOS 8 that has been updated and added new functionality.

Now you can upload data and files on iCloud easily. Moreover, applications can access all the files with supported extensions that allow you to use different tools to operate on mobile devices or computer. For example, when working with text in Writer Pro is not necessary to install this application on your smartphone or tablet to access files in the cloud. You can download Byword or any other text editor and open the files in it.

Everything else in Cupertino made competitive prices for additional space in the cloud. Previous 5 GB will be free and subscription can get another 20, 200, 500 GB or 1 TB for $ 0.99, $ 3.99, $ 9.99 and $ 19.99, respectively. Rates are for one month of use extended storage, based on the year of subscription will cost from 12 to 240 dollars. Discounts for lump sum payment is not provided.

The only thing you need to pay attention – in iCloud Drive no backward compatibility with iCloud. In other words, if you do not upgrade the operating system on your Mac to OS X Yosemite and did not include in its new cloud storage, the files are not synchronized.

Virtual assistant Siri has learned new tricks. Apple will teach virtual lady so many functions that it would instantly become an indispensable companion. You can contact Apple popinat for what in Google guessed; now make always be ready to work at any time to respond to his master’s voice. But on the other hand we should not forget that the sensitivity and care of a virtual assistant depends battery life of the device.

The next opportunity associated with activation Siri, – set to “Hold the and say” when, instead of holding the button “Home” Assistant activation occurs after presentation to the smartphone to your ear.

The iOS 8 was not as boring as some users complaining. Even if Apple does not once again become a process interface or represent some fantastic features, it should be noted that in Cupertino have decided to make concessions to users and add a lot of desirable features. What are some alternative keyboard only and application extensions! On top of “continuity” completely changes our understanding of the interaction of smartphones, tablets and Apple computers within a single ecosystem, which is not more at one manufacturer. As a consequence, it is recommended to install the update to all users. Unlike the transition from iOS 6 to iOS 7, one can hardly find a strong case for an older version of the firmware. The only difficulty may arise for those who still can not imagine their life without a smartphone and tablet with jailbreak, but these people, given the ever-increasing functionality of mobile devices Apple, should be smaller.

This was all about Apple iOS 8 and now users are expecting tight from iOS 9 that would be releasing next year.

Previous Rescue To The Fatal Accidents Of The Common People

Learn The Basics Of Medical Care

Mistakes You Are Making In Your Social Media Campaigns 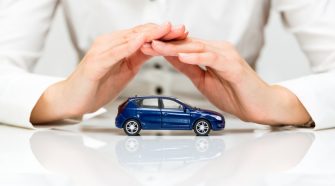