Top Ways Of Winding Down After A Busy Week

Bringing Out Your Child’s Inner Performer

It’s easy to think of criminal records in absolutes: if someone has one, then you don’t want to be around them for any significant length of time. But the reality is not as black and white.

For starters, three percent of the total US population has served time in prison. The rate is 15 percent for African-American males, but that does not mean people of color are more likely to commit crimes. It does mean that the criminal justice system has some serious racial bias issues to address.

Analyzing someone’s criminal past is complex, so let’s look at some questions you should ask when figuring out if a person’s criminal record is a dealbreaker.

How did you find out?

You’ve been on a couple dates of with a guy, and you like him. Then, the day before your scheduled third date, he calls you and says, “We need to talk.” He then tells you that he got arrested for felony drug possession five years ago, and he served a few months in jail.

This is alarming news, but it’s actually a good sign if someone tells you early on about their criminal past. It means they’re not in denial about what happened, and they’ve at least begun the hard work of telling both potential employers and potential romantic partners about their past mistakes. That means something.

But what if you didn’t find out on your own? If your cousin who works in the courthouse texts you to say that guy you brought to a family barbecue looks familiar, that’s a problem. At the very least, that means someone has been lying to you by omission.

Is there anything they’re still not telling you?

So your potential love interest says they served jail time a few years ago. You think they’re leveling with you, but you also have to make sure there’s not something else they’re leaving out. At this point, it’s a good idea to consider running a free background check on them.

Before you do, though, give them one more chance to come completely clean. Ask, “Is there anything else you need to tell me about this?” If you want, you can even say you’re running a background check. That lets them know you’re completely serious about this.

If they really did just get arrested for drug possession, that’s a stupid mistake, but it doesn’t mean they’re a bad person. But if you find out that they actually assaulted someone as part of a drug deal gone bad, that suggests a troubling capacity for violence.

In some cases, hiring a criminal attorney is like hiring a bankruptcy attorney: it means you’ve probably made some bad choices, but it doesn’t mean you’re irredeemable. But if that guy you’ve been flirting with got arrested for armed robbery, that’s a sign you should run.

Must they live under certain restrictions?

If this new person in your life got arrested for alcohol-related offenses, there’s a chance they have to stay away from alcohol in the future. That might mean they can’t go to bars, for instance. If you’re willing to meet at coffee houses instead of bars, that might not be an issue.

If they committed a sex offense, things can get a lot trickier. For instance, if you live in Washington state and don’t find out that your partner is a sex offender until after you sleep with them, then that means they’ve broken the law. Washington state requires sex offenders to disclose their history before having sex with a new partner.

That’s an admittedly rare law, but laws dictating where sex offenders can live are more common. If you want to move in with someone who has been convicted of a sex crime, you better be absolutely confident that they’re a changed person now. Intertwining your life with theirs is probably going to make things more complicated for you both.

Next 5 Teleshopping Channels in India Having Digital Presence 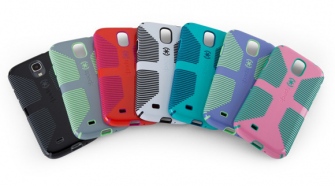