How To Have A Productive and Successful College Visit

Make Sure That Your Pet’s Future Is PACrotected

How To Buy More Fut 15 Coins Free In Online Website

Young adults and children completely idolise athletes whether it be a good thing or a bad thing. In this current society athletes are considered role models due to their media presence, especially with the current rise of social media and also their ability to change people’s lives. However, it has always been debated whether athletes should have this role in our society.

People both young and old don’t have a problem naming one or two athletes who have inspired them once upon a time and have gained their admiration. Children, especially those who participate in sports, are very taken to superstars especially as they learn themselves how to contribute to a team. However, some will say that these athletes should not be put on a pedestal because them being humans just like the rest of us all have flaws. What makes it worst is that their actions are even more highlighted in the media and this makes people want to imitate their behaviours whether it’s good or bad.

A prime example of this is Tiger Woods. The most famous golfer of all time was one of the most popular athletes in the world, dominating the world of golf and inspiring a generation of people who had no interest in the sport to take part. He was surely a role model to a vast majority of people. However, his public image took a major hit when he stepped away from the PGA Tour when the media reported a series of affairs, a messy divorce and a DUI arrest.

However, we have seen how major Athletes can be good role models in society. Take for example, Rio Ferdinand. Yes, he has made mistakes such as missing a drug test on 2003. Rio has done many things to help people such as setting up ‘The live the Dream Foundation’ with Chris Nathaniel, a foundation that reaches out to young people from disadvantaged backgrounds to help them find employment within sports, arts and cultural sectors. He has also become a prominent mental health campaigner since the loss of his wife in 2015 advocating more men to speak up about their mental health troubles.

Like it or not, our society has a strong dependence on athletes as role models for children, adolescents and even adults. So, if athletes shouldn’t be role models then who should be?

Join Extensive Community Of Experts To Learn Ruby on Rails 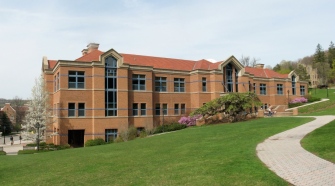