What You Can Do About Credit Card Fraud

Smart Jewelry Is The Next Big Fashion Accessory

Between the need for recording devices, local area networks, and firewalls, it’s clear that traditional DVRs and NVRs are as expensive as they are outdated. Add to the list of reasons to avoid these systems some major security weaknesses, and you’ve got more than enough evidence that these archaic approaches to security should be avoided.

One of the biggest drawbacks of any cloud security camera is the strain it puts on your network’s bandwidth. Since video files nowadays are high definition, the file sizes generated by most security cameras are quite large, and continually uploading footage as it is recorded is a surefire way to tie up bandwidth that needs to be used for other functions of your business, too. Another problem with security cameras that utilize the cloud is how quickly your security can be compromised during a network outage. This has the potential to be catastrophic depending on your business and the timing, and as such is one of the main reasons that some companies still utilize an outdated system for fear of network outages.

A hybrid-cloud approach to security camera systems is a helpful way to mitigate many of the risks and drawbacks associated with a fully cloud-based system. By storing video on a reliable, internal storage medium and only streaming the footage when it needs to be accessed by an authorized user, you can significantly cut back on how much bandwidth your surveillance system monopolizes. Manufacturer Verkada, who pioneered these types of hybrid-cloud security systems estimates that the bandwidth footprint generated by this kind of approach is only about 20kbps, which is relatively negligible. This smaller bandwidth becomes increasingly important the bigger your business is, since it means that you have the opportunity to scale your security presence to cover dozens or even hundreds of locations and cameras without sacrificing bandwidth. With a traditional cloud approach, that amount of cameras and locations would be a bandwidth nightmare.

Another benefit of a hybrid-cloud approach to security is the way in which on-camera storage helps problem solve network outages. Since the video feed is simultaneously being stored and is accessed via the cloud, systems by companies like Verkada don’t need to rely on a wireless network in order to access their footage. With a revolutionary “offline mode,” a local stream is used which still promises to retain low bandwidth usage and good latency for all video feeds. Best of all, this feature kicks in automatically, so there’s no need for an administrator to switch things over when your business’ wireless connection is interrupted. Instead, all cameras installed on your local network with offline mode enabled can immediately be viewed, with full control restoring once your wireless connection is reinitiated.

NVRs, DVRs, and cloud-based cameras all have their pros and cons, but only a hybrid-cloud approach truly combines the best of all systems for an unparalleled security solution. As true cloud-based security does not have an appropriate failsafe for network interruptions or high bandwidth requirements, it is best to find a different option for your security system. One that uses internal storage, such as a hybrid-cloud system, is thus one of the best options on the market, as it straddles the benefits of many security systems at once. This ultimately minimizes the possibility that your system will be compromised during its lifespan.

Next The growing trend of mobility solutions and its advantages

What To Look Before Hiring An SEO Expert

What Is The Future Of The Automotive Market? 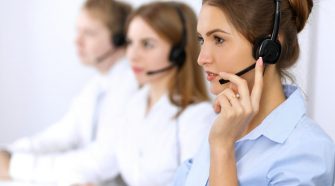