How To Buy And Sell Gold Online

7 Things Women Should Do Everyday To Feel Comfortably Stylish

It’s hard to imagine a time when Indian cuisine did not utilise the tasty tomato as a key ingredient in its repertoire of recipes. After all, this versatile fruit forms the cornerstone of many a spicy, curry sauce, adding colour and texture to dishes and balancing out flavours with perfection.

However, the tomato is not indigenous to India. It may not have even arrived in the country until as late as the mid 19th century, when it was introduced by European settlers. The food historian, K.T. Achaya suggested it was around 1850 that the introduction actually occurred, but it may have taken a further 30 years before the fruit became an integral part of Indian cuisine instead of just being considered the remit of European cooking.

Once established, tomato plants began to thrive in India’s fertile lands and hospitable climate and a culinary love affair took root. In fact, if we fast forward to the present day, Indian cuisine is almost unthinkable without the presence of this juicy, little fruit. The Food and Agriculture Organisation Statistical Database recorded in 2012 that India had become the second biggest producer of tomatoes in the world, at an estimated 17,500,000 tonnes – just below China’s whopping 50,000,000 tonnes. There’s no doubt about it: the tomato is big in Asian cooking.

Perhaps it is the availability of the tomato that has made it such a star of the Indian kitchen. Utilising the seasonal produce offered up by the land and sea is a huge factor in the types of dishes the different regions of India have developed over time. An all year round product of Mumbai, the states that produce the most tomatoes are Bihar, Uttar Pradesh, Orissa, Karnataka, Andhra Pradesh, West Bengal, Madhya Pradesh and Mahrashtra.

Yet, despite the tomato rising to the same status of staple Indian ingredients such as onions, garlic, chillies and potatoes, it is interesting to note that, aside from curries, tomatoes have not broken through into traditional, Indian recipes. Instead, they are extensively consumed alone, in new dishes, diced into salad or used primarily as a souring agent.

Souring agents play an important role when balancing the delicate Indian mix of flavours: salt, sweet, bitter, sour, spicy and astringent. The different regions of India use a variety of ingredients to fulfil this role such as vinegar, tamarind, lime and kokum, dependent on what is readily available in that particular part of the country. The inclusion of tomatoes in a dish additionally serves to form a solid base to showcase spices. They also have the ability to soak up juices, absorb flavour and thicken gravies.

A basic tomato gravy can be created by combining sliced onion, diced tomatoes, ginger, garlic, turmeric, cumin and coriander. This tangy combination can be spiced up with a dusting of chilli powder.

The tomato also provides a range of health benefits to dishes. Lycopene, a powerful antioxidant believed to reduce the risk of various cancers and heart disease, is present in these little fruits. The levels of lycopene go up even further when tomatoes are heated and cooked.

You will find the tasty tomato put to good use in a wide range of delicious Indian dishes and sides at some of London’s best Indian fine dining restaurants.

The Best and the Worst Effects of Remote Proctoring

What to Get the Outdoorsman on Your Christmas List

How To Properly Prepare For A Business Trip 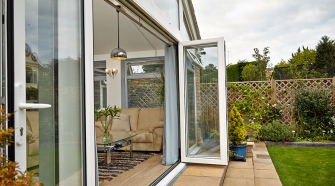