How Should Freelancers Manage Their Time?

Give A New Look To Your Office Environment Easily

In this digital era, many people have forgotten simpler ways to get fun. Just a few decades ago, people still use a board, some cards, plastic characters and dices to have fun with friends and families. Fortunately, there are still board games that we can play today and they could become an exciting social activity. There are companies and stores that sell these games for people who want to relive the old days. Many of these board games are based on fantasy worlds and adventures, that are similar to modern RPG. There are still thriving communities that are still regularly playing board games. Modern board games can be exciting and in some cases, even more exciting than standard computer games, because they are social activities where many people join together to solve problems. However, board games can be fairly complex with many details and rules to understand. It is not uncommon for game masters to learn about the game for a few days before they can start a session with others.

However, these board games often have tutorial scenarios that make it easier for beginners to learn the mechanics of the game. Eventually, everyone will have a good time together. Game masters should try to make the game more engaging and interactive, instead of complicated. The most popular board game is probably Monopoly. There’s no way to reproduce the enjoyment of playing Monopoly on computer or TV screen. It is a game that teaches about investment and the willingness to take risks to gain financial success. Monopoly teaches us about fiscal responsibility and other things that can be applied in our daily lives. Some board games can be quite serious, while others can be quite casual and we will be able to complete them in just an hour. Many strategy board games can be quite complex, involving a huge map that needs to be placed for weeks or months on a table, involving many hours of playing time with a group of friends.

Another very popular board game is Risk and it’s a relatively simple strategy game about world domination. Due to its simplicity, Risk is widely popular among casual gamers. However, Risk can still become drawn out and long, requiring more than one day to complete a single game session. It is not uncommon for the two remaining players to battle it out until late at night, while the eliminated players watch TV, play with their smartphone and finally go home. There are obviously other war strategy games that we can choose and they could actually be Risk on steroids. Board games should be good enough for people who want to micromanage their lives properly. In the digital era, many people find it much more practical to play video games, especially those that have game rules similar to board games, even so; we should be aware that board games can bring us enjoyments that are not typically available in their digital counterparts.

Previous Tips to Consider While Choosing an SEO Firm

Next Halong Bay Tops the Lot

Barack Obama Is Spending A Very Busy Time In Kenya 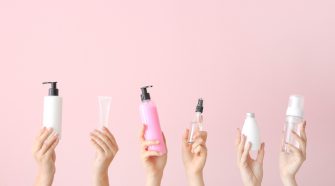