Is the Term ‘Liquidation’ Synonymous With ‘Going Out of Business?’

Getting The Best Out Of Your Kitchen Remodeling Projects

With ever-evolving cloud computing technology, the modern corporate world is experiencing a major paradigm shift in the development spectrum, where cloud computing capabilities are given the topmost priority when it comes to designing and developing new applications. Cloud computing is a web-based services delivery model in which different services are hosted over the web service providers that have the essential infrastructure including software, hardware and servers and provide it as a service to the businesses. Flexibility, scalability, minimal capital expenses, 24×7 accessibility and lower cost of ownership, among others, are some the major factors that has led to such kind of shift in hosting applications from on-premise to cloud. But on the contrary, it is also a fact that not every application can be placed in the cloud. Instead non-mission, seasonal and critical apps, which are not driven by strict compliance or regulatory requirements, are the most crucial series of applications that should be shifted to the cloud. This is where Microsoft Azure Platform comes in handy. It provides a familiar, effective and highly versatile environment to drive and support the particular needs and services of the developers, clients and end-users.

Microsoft Azure is an open, flexible, commercial-grade cloud computing platform along with being an infrastructure, designed and developed by Microsoft with intent to help professionals build, deploy, store and manage applications and various services via a global network of hosted datacenters including both of Microsoft-managed and Microsoft partners. Microsoft Azure offers both Platform as a Service (PaaS) and Infrastructure as a Service (IaaS) services and supports various kinds of programming languages such as Java, PHP, ASP.NET, Node.js and Python etc. along with tools and frameworks, including both Microsoft and off-site, third-party software and systems.

Microsoft Azure has been designed specifically to host websites and applications and manage them centrally. It provides a comprehensive range of capabilities in the form of computing service to run apps, storage services along with creating a framework that supports different apps. Microsoft Azure creates a base for running applications and storing data on the cloud.

Previously named as Hosted Services, the cloud services for Microsoft is generally a PaaS environment and can be harnessed to design and develop applications and services which are scalable on-demand. Microsoft Azure has been proficiently created to support multi-tier architectures and programmed deployments. It generally includes an aspect of the PaaS offerings from the dedicated Azure Platform. In a nutshell, Azure cloud services can be characterized as enormous containers for hosted apps and services.

MSPs usually need a cloud monitoring tool to simplify their work on AWS or Microsoft Azure infrastructures. IT service providers need a tool to report, to alert them and to integrate with industry tools like Kaseya, Autotask or ConnectWise. There are several AWS monitoring tools because it is not as easy as it sounds. Clients use different features from AWS and as a service provider you need to analyze all costs, suggest improvements etc.

Such applications can be web-facing public web applications (such as e-commerce solutions and websites) often called as Web Roles, or can be private processing engines for specialized operations like processing orders or evaluating and analyzing data, namely Worker Roles. For Cloud Services, professional developers can pen down codes in different languages. De facto, Microsoft provides a variety of software development kits (SDKs) for Java, Python, .NET and Node.js. Other programming languages may have support through Open Source projects.

Previous What To Look For In A New Computer For School

Shift To The Modern Bedroom Style The Smart Way

Foods That Put You In A Good Mood

What is a Franchise Business? 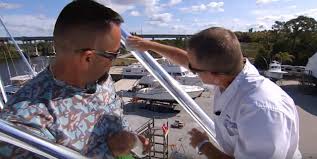 How To Maintain Your Boat