Buy Welders That Are Good and Suit Your Requirement

Acknowledge Yourself With The Variety Of Bra

Guide On How To Use The iCloud Unlock Software Tool

What To Expect From TESOL Course: Dynamic Teachers To Teach English Language Globally

Portugal have suffered a major injury blow following news that winger Nani will play no part in the World Cup after damaging his collar bone. The Manchester United player is thought to have suffered the injury in World Cup training on Friday and will be replaced in the squad by Benfica midfielder Ruben Amorim.Nanis absence will disrupt the plans of Portugal coach Carlos Queiroz, who was counting on the 23-year-old following an impressive season at Old Trafford. A statement on the Portuguese Football Federations official website read: “Following the injury to the left clavicle suffered by Nani, a daily assessment of the damage and the completion of medical tests, we have concluded he is unable to be competitive.The medical file will now be presented to the medical department of Manchester United. In light of the report, the Portuguese Football Federation, taking into account the Fifa regulations for the 2010 World Cup, will call-up Ruben Amorim as a replacement. Nani had struggled to hold down a regular first-team place at United following his switch to the Premier League from Sporting Lisbon in 2007. But he emerged from the shadow of Cristiano Ronaldo following his compatriots move to Real Madrid last summer and became an integral part of Sir Alex Fergusons side as they narrowly lost out in the title race to Chelsea last term. Amorim made 24 appearances for Benfica last season as they won the league for the first time in five years.

How Mobile Technology Has Made Being An Entrepreneur Easier 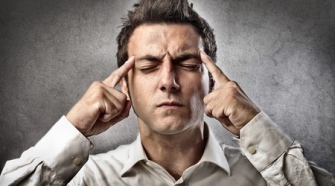