How To Keep Credit Cards From Negatively Affecting Your Life

Is the Term ‘Liquidation’ Synonymous With ‘Going Out of Business?’

So, here’s a question asked by literally thousands and thousands of UK motorists every day – is it really possible to save money when buying tyres while still benefiting from all the perks of buying brand-new tyres from a leading brand?

The trouble with tyres these days is pretty clear…they don’t come cheap. Depending on the type of car you drive and the number of tyres you need to replace, you could easily end up spending way more than it would cost to take the whole family somewhere warmer than the UK for a fortnight. Not that this would be more practical, of course, but still…pretty pricey stuff! 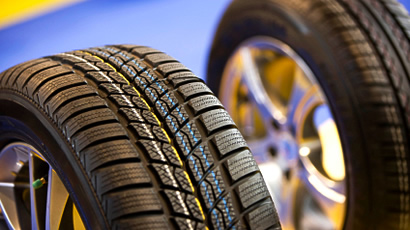 According to the UK’s leading tyre experts, the simple answer to the question is yes – indeed there are savings to be made without having to sacrifice quality. It all comes down to the approach you take when buying the tyres, as more often than not it’s the source you buy them from that makes all the difference, as opposed to the tyres themselves.

For example, the subject of part-worn tyres never fails to be a controversial one to say the least. However, what critics don’t seem to realise is that there’s a world of difference between picking a cheap tyre up off eBay from a random guy in Japan and buying an approved part-worn tyre from a licensed and registered dealer. For a million and one reasons, thousands of cars are taken off the roads every week in the UK and many of them have tyres that are nigh-on perfect. They can’t be sold as new tyres, but can instead be sold on as part-worn tyres that are pretty much as good as new. As such, the first tip is to consider approved part-worn tyres instead of new rubber, which could save you a small fortune.

These days, if you just wander into the first store you see to buy anything at all, tyres included, it’s your own fault if you overpay. The web has made it so easy for anyone wishing to do so to compare the market across a pretty massive area in a split second, meaning that if you want a good deal on a specific type of tyre, you need only give Google a shout. See who’s offering the best deals, see who’s willing to match the deals of their rivals and generally narrow things down until you find the best deal. OF course, if there’s a deal that seems too good to be true you might want to approach it with caution, but the rest of the time there’s no better way of finding the best possible price.

Admittedly, it’s got nothing to do with the buying process directly, but at the same time you’re 100% guaranteed to spend less on your tyres if you look after them in the first place. Pressure under or over what it should be – your tyres will wear out much faster. Wheels of the car not quite aligned as they should be – again, the tyres will be worn out dramatically faster. Carrying too much weight or an uneven load – the same result, and so the list continues. Look after your tyres and they’ll look after your wallet for the long term…it’s as simple as that.

Keeping with the preachy theme for just a moment more, the UK’s total annual tyre bill could be brought down to jaw-dropping lows if so many people were to stop driving like…well, you know. Each time the professionals are called out to carry out mobile puncture repairs, they simply cannot help but marvel at how impatience, aggression, road rage and general bad habits tend to lead to about 90% of blowouts and flats. It might feel good to vent from time to time, but try doing so in a way that isn’t slowly but surely going to wreck your tyres.

Last but not least, one of the most effective ways of all to make big savings on tyres is to ensure that you buy quality tyres in the first place. There’s a very big reason why some tyres are sold as seen and others come with extensive guarantees lasting several years – those in the latter category will not let you down. And if they do, you get your money back or a free replacement, so why take your chances on something that’s almost certainly going to fall apart at a much earlier stage and cost you way more long term?

3 Keys To Improved Focus In Your Life

4 Routes Of Indian Railways That You Should Not Skip 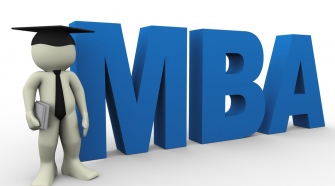 Measuring The ROI Of An Online MBA