Choose To Be A Best Stockbroker India

How Mobile Technology Has Made Being An Entrepreneur Easier

In an effort to control risk and behaviors in the workplace many organizations have adopted policies that require drug screens. The growing tolerance within the social culture of drug use and the widespread epidemic of drug addiction among American citizens has resulted in a surge of prolific drug abuse in the labor force.

Intoxicants contribute to greater risk of accidental injuries and death along with poor performance output when employees report to work under the influence.  The exposure of the risks associated with these types of actions has prompted companies to adopt policies that will deter drug use and promote safety and productivity.  Are these policies effective?

The Department of Health and Human Services conducted an extremely thorough clinical study of drug use in 2012. The results of that study will assist in measuring the effectiveness of random drug screens. In 2012, the study revealed that approximately 18.9 million Americans regularly use marijuana. The results also report that about 7% of Americans over the age of 26 regularly use marijuana alone or along with other illicit drugs.

Drug use has steadily increased over the last ten years in every age group, with the sharpest increases being reported for those between the age of 50 to 64 years old, tripling from 1.2 % to 3.6% over the same period.

The data supports the vocalization of social support for legalization of drugs across the United States with some states such as Colorado, Washington, and another 21 states legalizing marijuana in some form within their jurisdictions. As businesses seek to expand their markets across state and national borders entering into global economy, policies of all kinds will have to be adaptive to local laws, customs, and practices.

The trends of the statistics indicate clearly that society is moving toward acceptance and tolerance in many areas.

According to the American Civil Liberties Union, the number of companies conducting random drug screens has risen by 277% since 1987. Worker compensation laws and insurance companies have compelled firms to issue drug tests after accidents for liability issues and to determine causes of accidents to promote safety in the workplace.

In the 1980’s, First Lady Nancy Reagan had led the D.A.R.E. program to try and address the issue of rising drug use in America. This resulted in the infamous “war on drugs” that for decades has attempted to control drug use and distribution in the US. The attitudes, policies and laws of the ruling bodies have been to attack drug trafficking, drug sales, and drug use throughout the entire war and with good reason.

The objective has been to reduce drug related crimes, deaths, and injuries. This objective has found widespread support in the business community. As the attitudes have changed, and the public has gotten educated on the issues related to drugs the cultural reaction has changed. The current systems that issue random drug screens are a result of the past views and attitudes that were at war.

The implementation of drug testing as an employment prescreen, accident response, or response to suspected use at the workplace were all designed to provide tangible, verifiable proof of use and provide businesses with grounds for action. The idea behind the random drug screen was to deter drug use by employees and prevent the spread of poor cultural habits within the organization.

When employees have to be continually concerned about the loss of their jobs due to a positive result on a random drug test, they may think twice before using. The process of drug screens is also a deterrent to drug users from even applying at companies if they know there are potential risks of discovery.

The costs of hiring are decreased, and there is a better pool of applicants to select from as drug testing deters users. Employee retention is improved, and the turnover rates decreased. The results are measurable, immediate, and positive.

There are points of view that run counter to the idea that random drug screens are useful.  One of the largest opponents to the idea of drug testing is the American Civil Liberties Union, which is leading a campaign against policies requiring the drug screens. The arguments are simple and straightforward. Testing for drug screens are a violation of privacy.

The results may root out employees who use drugs, but it does not confirm when the drug use takes place. If marijuana is legal and an employee uses it recreationally, the test will show a positive result. If an employee is productive and takes a random drug test, their employment can be in jeopardy even though they never came to work intoxicated.

In circumstances where the law allows the use of marijuana the employee has been unfairly and unjustly harmed. Drug testing can produce false positives, and testing companies allow for a 5% chance of error. Wrongful termination of a productive employee is always a disaster for everyone involved.

The data of a twelve-year study speaks for itself. Drug abuse is on the rise, and the social culture is growing tolerant and accepting of certain drug use behaviors. Just like sexual harassment or racial discrimination the policies of an organization must evolve over time in step with laws and culture. Drug use prevention strategies are effective in protecting the safety of employees and maintaining productivity for the organizations.

The issue then becomes simplified. The way to meet the needs of employees, employers, and society is through a modified drug policy that will adjust the way positive results are handled. Drugs that are illegal across all of the United States should remain part of the zero tolerance policies currently in practice.

If there are drugs that are not clearly illegal such as marijuana than organizations will benefit from adopting policies that do not require termination for recreation use. One way to accomplish this goal is to eliminate testing for marijuana as part of random drug screens. Drug screens that are a result of suspected use or an accident should still permit testing and subsequent discipline for violators.

Employees have an obligation to be sober at work and able to produce for their employers. Having a comprehensive policy may require a skilled exercise in judgment on the part of the employer and not everyone will get it right. The effectiveness can be measured in the results.

As use among Americans increases and laws reflect tolerant attitudes of society, businesses are going to have to find ways to adapt in order to stay competitive. The idea of smoking pot is no longer viewed as a fringe delinquent behavior and is being prescribed medicinally. Using marijuana has become so prevalent that the majority of Americans report having smoked it at least once in their life if not more.

The goals of accompany are typically to provide a good or service in return for money, not to regulate the personal lives of their employees. When random drug screens fail to achieve that goal than they are not sufficient. They should be administered in a way that deters illegal drug use and being intoxicated on the job. That is becoming the measure of success in the modern culture.

The author, Ray Donato, is the human resources director for his company, responsible for making sure everybody is safe and productive. To handle his employee drug screenings, he turns to the services of Workflow Employer Services. You can learn more about Ray by visiting Google+.

Previous Review the Services before Hiring

Next Factory Rims For The Luxurious Car

5 Mistakes To Avoid When Ordering Custom Stamps For Your Office 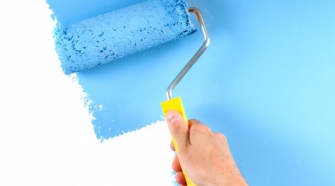