What Dubai Companies Should Look For When Hiring People

How To Know That Criminal Lawyers Can Handle Your Case?

Let’s face it, with the millions of vehicles on the roads around the globe, the pollution stemming from automobiles has done irreparable damage to the environment and the world we live in. Although the damage may not be evident until later generations experience the effects, it doesn’t mean we should continue to build on this lifestyle of polluting with our auto obsessed cultures.

Being responsible auto owners includes responsibly recycling the used parts and fluids that our cars require as maintenance items and/or replacement parts such as lubricants, oils, batteries and tires. Recycling these automotive items is not the same as throwing into your average recycling bin for the weekly pickup and will require different methods to properly dispose of. The following details the proper methods of recycling automotive fluids, batteries and tires.

The major fluids every car requires for daily driving duties are coolant and oils. Coolant flows through the cooling system and radiator which keep the engine at a steady and safe operating temperature for extended periods of time. Coolant, also known as antifreeze, is often a mixture methanol, ethylene glycol, propylene glycol and glycerol which together act as an additive to water that enables the properties of the mixture to possess lower freezing points and higher boiling points.   The coolant mixture, if you could glean anything from the few main ingredients, can be poisonous and is too dangerous a pollutant to be recycling straight into the ground in your front yard. The proper way to dispose of this fluid is to first see if your local municipality takes the fluid for free. Many areas will dispose of toxic fluids properly for free. If that is not available, you can usually take it to your local dump where there will be a chemical disposal facility to assist you in drop-off. Other than that, most shops will recycle it for you if you have them replace your coolant, as there is a cost associated with recycling things.    On the other hand, auto oil is much less of a hassle and cheaper to recycle yourself. Most local auto parts stores (Autozone, Advanced Auto Parts, etc.) will take your used oil and recycle it for you. All you have to do is drop it off. This is most likely a free of charge service because they can make a profit from recycling it in mass quantities themselves.

Your standard car battery contains heavy metals such as lead, as well as acid and plastic which makes them far from the greatest landfill material. There are a number of ways to go about recycling car batteries. You can exchange old car batteries at a retailer that sells new lead/acid batteries. Although, some retailers may charge a small fee. You can contact a recycling center in your area and some metal recycling joints may even pay you for your old battery. Your local municipality will most likely have a hazardous waste facility where you can drop the battery off to as well. Auto repair stores, even local auto stores such as Autozone and Advanced Auto Parts, accept old car batteries for recycling. Also, AAA is a good resource as they hold an event in conjunction with earth day called “The Great Battery Roundup” which helps prevent lead and acid form reaching landfills. They have drop off locations during this event around the country.

Americans wear about 290 million tires per year and end up recycling 233 million of them (EPA). Unfortunately a few of those surplus used tires end up in random dumped locations usually in undeveloped land within city limits. The proper method of recycling tires includes buy a new set from a retailer and they will recycle your old tires for a small fee. In this case, most of these tires end up in a commercial reprocessing plant where they are broken down and chemically treated to be reused in a different form. The remains can then be used for projects such as roadways, foe asphalt for jogging trails and many other uses.    Keeping toxic materials out of the landfills and seeping down into our precious aquifers if paramount to a clean future. Ensuring you are environmentally responsible when changing auto parts and changing fluids is important for yourself and everyone around you. Use these tips next time you perform any of these activities on your car and enjoy the feeling of contributing the process of recycling. Happy driving!

This article was provided by David Holly from TimsGermanAuto.com in Fort Worth, Texas. David is a car enthusiast who loves sharing his passion and knowledge with others.

Next French Artist Duaiv Taking Car Wrapping To An Extreme

How Can You Succeed Through Online Writing Services?

Here’s Why PHP Is A Crucial Part Of Web-development 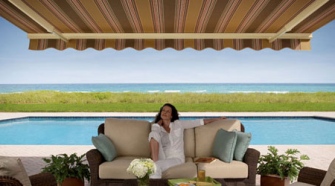