Gun-battle continues between Indian forces and terrorists along the line of control in the village named Mankote. The reports by Indian newspapers suggest that this fight is headed by jihadists who are backed by Pakistani troops to avenge the raids by Indian Army. In all this chaos and hassle a soldier named Chandu Babulal Chauhan serving with the 37 Rashtriya Rifles was captured after he accidently crossed the LoC. However, Pakistan-based diplomatic sources say that Chauhan was captured by Pakistani troops in Mankote and was kept at the military headquarters.

Pakistani media, on the other hand, reports that according to the Pak Army sources India’s claim of the death of eight Indian soldiers in the second burst of fighting is completely false and baseless. It is feared that Thursday’s fight can lead to the meltdown of the ceasefire on LoC.

Government’s sources believe Thursday’s gun-battle around Mankote and Mendhar was the most fierce fighting till date. Troops have been pushed forward to guard the nation against Pak retaliation while civilians evacuated out of a 2-km buffer zone.

Since 1989, Indo-Pak troops are involved in secret faceoffs across the LoC, which finally came out of the shadows on Thursday. In 2003, both the countries agreed to a ceasefire along the Line of Control. But, the efforts to sign a formal agreement ended in 2006, amid disputes over the construction of new defensive fortifications. In January, 2013, the ceasefire strained after jihadists beheaded two Lance-Corporals. Following a series of severe clashes, the Director-Generals of Military Operations of both the countries met to cool down tensions but it went in vain as the disputes continued.

In March 1998, Indian special forces unit allegedly killed 22 in Bandala in the Chhamb sector. According to the World newspapers the Pakistani military claimed to have recovered an Indian watch from the scene, along with a note asking, “How does your own blood feel?” The Bandala massacre was carried out to avenge the death of 29 villagers at Prankote, in Jammu and Kashmir, by the Lashkar-e-Taiba. The Lashkar attackers slit the throats of the people including women and infants. Indian newspapers say that in May 1999, during the break out of the Kargil war, Captain Saurabh Kalia and five sepoys were kidnapped by Pak troops. Post mortem reports revealed that their bodies were mutilated and burned with cigarette.

Late in January, 2000, seven Pakistani soldiers were captured in a raid on a post in the Nadala enclave. They were allegedly tied up and dragged across a ravine running across the LoC. With signs of torture left on the bodies, they were returned to Pakistan.

Changes after Ceasefire came into Force

Situation has improved across the LoC since the ceasefire came into being. Battles are still fought, but comparatively it’s on a lower scale. Government figures suggest that this year until now has been the most peaceful one in a decade with just 21 exchanges of fire till Thursday, down from 222 in 2015 and 190 in 2014. If World newspapers are to be believed fatalities in these clashes also dropped this year as compared to last year’s figures of nine army personnel and 16 civilians.

Previous Getting A Leak Free Home With A Waterproof Bathroom

Next How Can One Maximize Profit In The Trucking Industry?

How To Purchase Good Headphones At A Lower Price 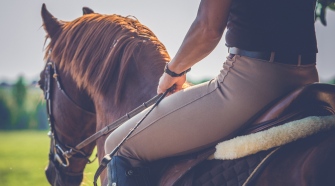 How to Know if Your Horse is Unhealthy