Why Is It Important To Hire A Work Comp Attorney

How To Grow Your Business With SEO

Tips To Buy Cheaper By Online

When application industry grows, developers have to think about porting their developed apps across multiple platforms to gain major portion of users as much as possible.

However, thinking of app development for every platform is insanely required time investment and expertise and knowledge about different programming languages. Fortunately, cross-platform development tools have been released to help iOS and android app development community in developing multiplatform apps solutions.

Xamarin, C# based platform meant for advanced developers, allows them to develop cross-platform apps for iOS and Android users. With Xamarin, developers can execute code over .net framework before compiling, and returns the standard code for android and iOS apps. This makes process of app development easier for developers and allows them to undertake and work on large projects.

PhoneGap sometimes known as Apache Cordova is among top cross-platform development tools. It allows developers with weaker server side language expertise leverage their front-end experience. It is free and open source development tool for developers that open up an entire plugins library for their use. Though hybrid applications used to struggle unlike native apps, yet developers can make their task easy by keeping their eyes on performance metrics.

Appcelerator offers a JavaScript API which has many native UI features. With this app development framework, android developers need to code in JavaScript and the framework works inside the native UI elements to aid performance. Developers can avail more features such as BaaS and analytics using Appcelerator.

This is an integrated framework that uses Ruby to ensure compatibility of apps with multiple platforms. RhoMobile offers development support to the developers and has extra features such as RhoSync and RhoHub. These features provide more value to developers which you can’t expect for RhoMobile’s competitors.

Android game app development team can use this cross-platform development tool and use UnityScript, Boo, or C#. The graphics engine of Unity is strong enough, targeting a range of APIs to optimize the end user experience.

It is a framework used by developers to build web apps and avail access to device-level APIs. There are many other tools that can be used for iOS and android app development purposes by developers. You can check online forums to know the reviews about these tools from other developers. If you have any recommendation for mobile development tools, share with us.

My Self Sandy and I am Founder of Etech Spider – The Tech Blog. I do Tech and Development Related Blogging and also allow bloggers to submit their posts on My Blog.

Next How To Obtain A Job In The Parking Industry

Nursing Home Care Plans: Saving Money on Care of a Loved One

Pitfalls To Avoid When Building A New Home

Home Security Of The Highest Level

Botox: What Is It and How It Works? 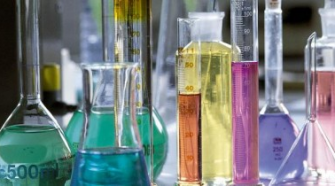