How Fasting Can Benefit Your Overall Health?

With many people entering the United Kingdom on a Tier 2 (general) visa, it is important that people are aware of what they can do with this visa. People in the past have been ignorant or innocent of the limitations put in place with respect to the visa, and ultimately, this can jeopardise their ability to continue working in the United Kingdom. This is why it is essential to be aware of what the Tier 2 (General) visa allows people to do.

This should go without saying but considering the important legal nature of the visa, it is probably best to outline this. The work that is detailed in your certificate of sponsorship is the work that you should do during your time in the United Kingdom, so there is no problem in undertaking this role for your sponsor.

Carry Out a Second Job

While there are some limitations on what roles you can take up or how many jobs you can work, it is possible for people operating on a Tier 2 (General) visa to operate a second job. However, this second job must be in the same sector as the main job and the new job must be at the same level. It is also important to note that the second job can only be undertaken for up to 20 hours a week.

There is also the ability for people to undertake work in a role that has been classed as a “shortage occupation” and again, there is a 20 hours a week limit on this work.

It is also possible for someone holding Tier 2 (General) visa to undertake voluntary work. This may be done to develop certain skills, to develop confidence, to get to know new people or just give something back. It may even be that the person has free time and would rather use it in a more productive manner. No matter the reason a person has for undertaking voluntary work, they will be allowed to do so if they hold a Tier 2 (General) visa.

One thing that is of interest to many people holding a Tier 2 (General) visa is the ability to study. There is a need to ensure that the study process doesn’t interfere or detract from the role that the person is entitled to do in the United Kingdom. This can help people develop further skills, become more confident in the United Kingdom and it can even allow them to network and meet new people.

There is still a need to adhere to the sponsors certificate and the time limitations of the Tier 2 (General) visa need to be adhered to but in reality, there is no real restriction on someone holding this visa studying in the United Kingdom.

One thing that many people are keen to know about the Tier 2 (General) visa is whether it allows the holder to travel abroad and move in and out of the UK freely. If there were limitations or restrictions on movement, some people may find that the chance to work in the UK was not so suitable or attractive but this isn’t the case. There is an opportunity for people who hold a Tier 2 (General) visa to move freely in and out the country.

This is another area that will be of interest to many people and holders of the Tier 2 (General) visa are able to bring their family members to the United Kingdom with them. This is clearly an important feature and it is likely to be one of the first things that an applicant will ask.

It is important to check if there are restrictions placed on the people who have come to the United Kingdom with the applicant.

Anyone entering the UK on a Tier 2 (General) visa who is looking for more guidance on what they can do while they are here are advised to speak to a professional. There is a great deal to be said for obtaining professional guidance and the advice of a specialist immigration solicitor can make all the difference.

Living in the UK provided a great opportunity for many people, so it is vital to know that the opportunity actually entails.

Next Get Through The UK Immigration Process

How Government Kiosks Makes The Life Of The Users Easier 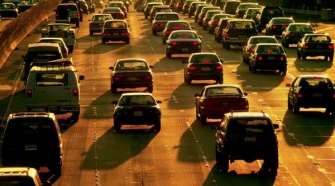 Heading Toward Oneself Cars Will Mean More Traffic