Important Role of CBD Oil and Effects of It on Different Hormones in Our Body!

Zara A 6 years ago

Why Year Round Termite Control Service Is Smart

It is no joke, investors around the globe may soon be paying banking institutions to manage their money for them. That sounds asinine when you consider that while banks are holding onto your money, they are making money using it for loans and other transactions. Making matters worse, it may soon be that the more money you ask them to deposit for you, the more you may have to pay.

Right now the only ones who are being subject to negative interest rates are commercial banks. But, as any investor knows, if things continue it will soon trickle down to the average investor and the public at large. Once used to increase the level of inflation and to boost economic growth, it may be taking its toll on those who don’t even have the means to effect the economy.

The reason for negative rates for commercial banking institutions is that it was a way to push them to make loans. Not hoarding their assets for fear of loss, the thought was that by charging them to hold onto money, they would be more apt to try to loan it out for interest income. To extrapolate to the public, if it costs money to save money, then consumers are more likely to spend it.

Negative interest rates, once only theory, were first initiated by Sweden in the years between 2009 and 2010. Cutting their rates to -0.25%, they attempted to work their way out of the recession that was killing their economy. In 2014, they reintroduced negative rates at -1.25%, becoming the first bank in 2015 to announce a negative repo rate and having lending institutions and commercial banks involved.

Economists insist that although working for the Swedes, their economic structure is completely different than what we have here in America. Following suit, it looks as if Japan is considering taking the same steps to save their economy and to rise out of their economic downturn. All eyes are on the consequences. Europe is also considering delving into the negative. For now, the US economy is not on board, but that does not mean that it will not reach us, or make its way into our market in the future.

Americans are already overextended and rarely save for a rainy day. The thought of negative interest rates to encourage them not to keep anymore can’t possibly sound like a sound idea. If you are looking to invest money to make money, contact Blue Jay Equity for information about how to best make your money work for you.

Liver Cancer – A Condition Of The Liver Cells, That May Prove Fatal At Its Advance Stage 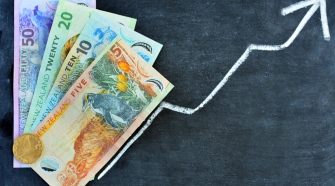