Easy Ways to Create Focal Points into Your Family Room

The Benefits Of Hugging

Despite the rich historical and multi-cultural tradition that defines Indian food, the early days of stereotypical British curry house fare left much to be desired. The heavy dishes may have hit the spot when washed down with a few cold glasses of Cobra but they were nowhere near capturing the true essence and subtle spices of real Indian cuisine.

Not so in the present day. The reputation of Indian food has changed dramatically over the past 15 years and the experimental dishes you can now find on the menus of some of London’s best Indian fine dining restaurants completely revise the old, curry house stereotype, elevating Indian cuisine to new levels of sophistication.

Authors of Indian cookbooks, such as Madhur Jaffrey, did wonders for bringing Indian food into our kitchens and into our hearts. But which are the pioneering chefs that brought Indian restaurants into the spotlight? Who were the names that dragged Indian food out of the curry houses of Britain and into the Michelin Star arena? Let’s take a closer look:

Famous for being the very first Indian chef to receive a Michelin star, Atul Kochhar snagged this accolade during his time as Head Chef at Tamarind in 2001; paving the way for Indian cuisine to begin its rise to glory. Proving he was no one-trick pony, he went on to open his own restaurant, Benares, in Berkeley Square and won another star for his effort just a few years later.

Unimpressed by the Anglo-Indian offerings he encountered when first arriving in England, Bhatia decided a change was much needed. His love for experimenting with Indian food gave him the reputation as a trail-blazer for the Modern Progressive Indian Food movement, changing the perception diners had of typical Indian fare. He was awarded a Michelin star during his stint at Zaika in 2001 before going on to open his own restaurants, Rasoi by Vineet. The opulent and palatial Chelsea branch in London earned him another star, whilst Rasoi in Geneva garnered him a third.

After the Telegraph named Sriram Aylur one of the top chefs of India, he made his way to England to open the restaurant Quilon in 1999. Within the next decade, his glorious seafood dishes, showcasing all the flavours of the Goan and Keralan coast, won him his coveted Michelin star.

Alred Prasad worked for a period of time at the classic, London restaurant, Veeraswamy, one of the most reputable Indian eateries in the capital. When he took over from Atul Kochhar at Tamarind, he held a tight grip on that Michelin star with his Mughal inspired cuisine and focus on aromatic flavours and fresh, seasonal ingredients.

Karunesh Khanna picked up a Michelin star for his work at the charming Amaya in 2006. The unique draw of this Knightsbridge restaurant is its relaxed atmosphere and open kitchen, where diners can watch the action around the tandoor, tawa and sigri in full flow. The lively interior and range of delicious dishes encourage sharing, yet the exotic glamour of the East infuses the ambience, ensuring its popularity with the critics as well as its loyal diners.

Previous What You Can Expect To Get From Greengeeks

Costs Involved In An IVF Treatment

Easy Way To Own Freezer And Other Home Appliances Without Money 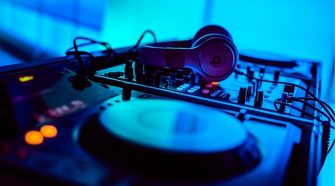