How Hard Is It To Get Your Second Home Loan?

What the process entails is drilling a hole underground using rigs while keeping the surface intact. The underground hole facilitates pipeline installation over obstacles like waterways and bridges. Today, horizontal directional drilling allows for utility pipe installation in congested cities and major highways. Although open-cut methods remain relevant and useful, many project engineers tend to choose directional drilling companies to conduct installation to prevent disturbance to the surroundings.

The stages of horizontal directional drilling

There are three main steps or stages in directional drilling. The first step is drilling the pilot hole. There is a pre-determined path followed by the drill pipe which is monitored closely to maintain proper inclination. The measurement readings taken during this step help in calculating coordinates so that the drill pipe exits through the designated point.

The second stage in the process is reaming the pilot hole or enlarging it depending on the size of the pipes. This step is optional, but many engineers prefer not skipping this stage to prevent stress while pulling pipes back into the hole.

The last step of the process involves pulling back the pipes through the bore path. After successful installation, the pipes are left for some time to allow self-correction and adjust any stretching that occurred while the pipes were being pulled back through the borehole.

One of the primary considerations before conducting any directional drilling in an area is to perform a thorough survey and examination of ground conditions. Apart from identifying visible obstacles above ground, analysing soil properties is also a vital step in planning a directional drilling project. Different soil types and conditions require particular enhancements and modification to the project plan.

Another possible challenge experienced is space congestion or limited right of way. What the contractor can do in these cases is to identify existing utility lines underground and make use of this information to calculate the most efficient path without causing further disruptions above ground.

One of the notable advantages of using horizontal directional drilling is that it reduces the environmental impact of installing underground pipes. Water features, as well as groundwater, do not risk contamination, and any landscape or vegetation above-ground has minimal disruption. The process of planning and executing directional drilling projects is also significantly shorter than traditional methods. Project managers and engineers will require less workforce and use fewer pieces of equipment. Directional drilling is undoubtedly the most viable solution to consider for installing pipes when a traditional open-cut method does not seem to be the optimal solution. Aside from reduced timeframe, the other notable benefits of directional drilling contribute to the success of the project.

Previous The Different Types of Cranes for Different Uses

Next Preventing Fires on Construction Sites

Choose Thermal Wear Online Store Based On Your Needs

How To Earn A Living With Contentmart 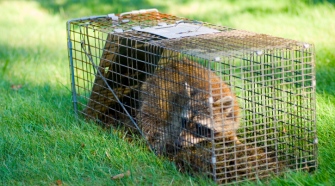