Getting The Lowest UK Prices On Steel Beams and RSJs

Is Unique Hoodia Worth The Price We Pay?

Now, you know what they say about Texas, right? Everything is bigger.  Well, we’ll let you and your friends be the judge of that.  For now, we can confirm without an iota of doubt that your headaches and tickets will be a lot bigger than before if you’re not aware of the latest driving rules in Texas.  Pardon the pun, but yep, that’s right, if you’re not “up to speed” on these new driving laws, you could be paying a hefty fine or spending a little time in a high security hotel—better known as jail.  There’s nothing worse than that, except missing the beer and barbecue chicken at a Texas tailgating party, so you might just want to pay attention.

As of September 2013, a few things changed for drivers on the roads of the Lone Star state.  Here are three key changes you need to know about new driving laws in Texas:

Everybody knows when you see police officers or paramedics on the road interacting with other motorists, or pedestrians, you should steer clear. If possible you are to switch lanes completely to give them as much room as possible to conduct their jobs.  In the past, you might not have been as attentive or concerned about the transportation crews out cleaning the roads or painting new markers for lanes.  As of now, when you see transportation crews working, move over.  They may not be equipped with big blue lights that drain the battery on grandpa’s hearing aid, but the work they are doing is just as important, and risky.  Any ole Bubba could wiz by and accidentally hit them. So the Texas state legislature has now officially added protections for Texas Department of Transportation crews to the law books.  You either have to switch lanes to create one lane of space between you and the crews. Or you have to brake until you are 20 miles per hour below the speed limit. If you violate this law you could wipe out your entire Christmas fund. Penalties are stiffer than whisky at up to $2,000 per citation.

Be Polite to School Buses

Passing a school bus that is letting children off is a big no-no. After all, we want to teach our children the virtues of patience—and keep them safe in the process.  Patience may not be in some drivers’ vocabulary but a lack of it can dig deeper into their pocket.  Going around the friendly flashing stop signs on a school bus always carried a penalty.  Now it’s hiked up higher than your little brother’s britches whenever you would give him a wedgy. The old penalty range was $200 to $1,000. The new penalty range is $500 to $1,250. In case you think you’re slicker than a barrel of oil from Texas and can zoom on by if no cops are around, you’re wrong. Many of the school buses are equipped with video cameras that capture photos of violators and you will get a ticket in the mail. Safe and defensive driving in Texas requires that you know the driving laws and use them.  Or else!

Stay off the Phone in School Zones

Technically, the new laws do not say you have to stay completely off the phone in a school zone. You can talk using an earpiece.  Or you can hold your phone for a conversation when your vehicle is at a complete stop.  If you are in a school zone, parking lot or drop off lane and holding your phone to talk, and your vehicle is moving, you can be fined up to $200.  To be safe, you probably just want to stay off the phone until you pick up the kids and hightail it home.

Harold DeMarco is a Texas-based defensive driving instructor who prides himself on helping others improve their skills behind the wheel so that they may become better, safer drivers.

Previous Tips For A Flawless Car Wash And Wax Every Time

Next Mean Machines: 4 Of The World's Most Expensive Cars

Things You Need To Know About Online Proctoring 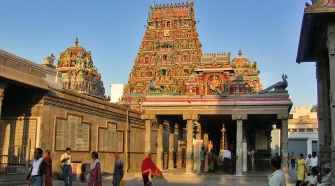 Top 5 Weekend Getaways From The City Of Chennai