How To Choose A Good Web Hosting Company

You don’t need to be a car-lover to appreciate exotic cars. The extraordinary engineering, the sleek designs and of course the lush interiors are all unbelievable in exotic cars. Although these mean machines come with amazing features, they also come with astronomical price tags!

We discovered 4 of the world’s most exotic cars.

A few years ago the Swedish-manufactured Koenigsegg Agere S graced the world with its presence and ever since car lovers from around the world have taken note. This super car can reach 100km/h in just 2.9 seconds. Great care went into the engineering and design of the Koenigsegg Agere S as it is constructed from a carbon fiber material with lightweight fittings while the wing on the car’s rear is electronically adjustable to suit the driver’s needs. A cool addition is that the car’s roof is a hardtop, but can be packed and stored in the hood. However, not everyone can afford this engineering-wonder since the starting price for the Koenigsegg Agere S is $1.52 million.

With its incredible speed, the Hennessy Venom GT is a super car that has made it into the Guinness World Record Book. This car broke records when it sped from zero to 300 km/h in just 13.63 seconds. The UK-based manufacturer announced in December 2013 that only 11 Venom GT’s had been ordered and sold globally, however only 29 are planned to be produced. Not only is this car extremely rare, getting your hands on the Hennessy Venom GT will cost you over $1.2 million.

Only seven people in the world will be lucky enough to own a Lykan Hypersport. This exotic car, which recently made its debut at the Qatar Motor Show, will shortly become available to the consumer, however at $3.4 million, this car is one of the word’s most expensive cars. The company responsible for this super car is W Motors, whose founder envisioned a car that will be unlike any other car: a fast, extremely luxurious yet fuel efficient super car. W Motors, based in Dubai in the UAE arguably achieved their goal since the Lykan Hypersport is certainly fast as it reaches 0-60 mph in just 2.8 seconds.  Additionally, a twin-turbo engine that produces 750 horsepower, powers the Lykan Hypersport and the car’s top speed is 245 mph. The Lykan Hypersport is also a top luxury car with white-gold interior finishes and surprisingly the car is quite fuel-efficient. As an aside, the lucky few who get to dive away in this car will receive a complimentary, limited edition Cyrus Klepcy wrist watch that is valued at over $200 000.

Considered as the fastest “roadster in the world,” the Bugatti Veryon is also one of the most expensive cars on the road. The 16.4 Grand Sport Vitesse has an impressive 8-liter engine and reaches 100km/h in 2.46 seconds. Recently, Bugatti announced that they sold their 400th Veyron since they started production in 2005. Although the number on the roads sounds dismal, at a price tag of over $2.5 million, this French designed car is reserved for a select few that are ridiculously wealthy. Furthermore, Bugatti announced that the company’s planned production total is 450, which means that there are only 50 Veyrons still available.

Wade Hughes owns a construction company in Gold Coast. He is a car-fanatic and in his spare time likes to take long drives, watch Formula 1 or even browse new cars. For work, he recently had to buy a new van and was amazed at the terrific handling and cool features.

Next 5 Of The Best Cars For New UK Drivers

3 Tips to Being A Safer Driver Starting Today

How Does Carbon Dioxide Be Used As Jet Fuel?

Getting A Leak Free Home With A Waterproof Bathroom 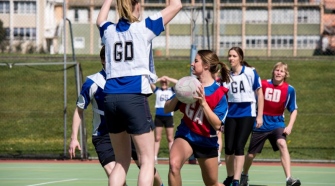