Financial Advice and The Stock Market

There are a number of potential problems that come with having a car accident, the trouble is you really can’t prepare for them until you have been put in that situation. Here’s a brief look at a few things that could go wrong and how you can avoid dealing with these situations if you ever end up in an accident.

Your car is the most likely thing to get damaged in an accident and it can have some serious consequences. Some of the problems may be pretty clear at the scene of the accident, but other little things might not manifest until they have become a huge problem. Because these problems won’t show up until later, they probably won’t be part of your insurance claim, leaving you to foot the bill.

Before you keep driving your car around the way you normally would make sure you get it fully and completely inspected to make sure there is no hidden damage. You will need to talk to your insurance company first to make sure you go to an approved dealer, but this should be a huge priority.

Sometimes your injuries are pretty obvious, but sometimes they aren’t. Just like with your car, little problems can become big problems without the proper treatment. Even if you think it is just a sore neck or some bruising, you should make sure you see a medical professional as soon as possible after the accident. They can help you make sure that you won’t suffer any adverse effects, and they can diagnose any little things that can cause a world of pain in the future.

In larger car accidents, you may sustain some pretty serious injuries. If you don’t have personal injury insurance or the other driver is at fault and they don’t have enough coverage, it may seem like you are on the hook for a lot of bills and lost money from taking time off work. It’s important to realize that if you aren’t at fault, you shouldn’t have to pay. You may need to consider a personal injury claim against the other driver.

This is the most likely problem that people will face after a car accident. Insurance companies should be on the lookout for your welfare, but that isn’t always the case. As Brauns Law points out, insurance companies are more likely to look out for their own welfare, which means you may be confronted with some slightly underhanded tactics. Things like confusing settlements, lumping together payments for different things, and using authority are all tactics that are meant to get you to give in and take what they give you. It is always a good idea to get a second opinion and to make sure that you don’t rush into anything with your insurance company so you can make sure you get a fair settlement.

Car accidents are a split second problem that can last for a long time, but it doesn’t have to be frustrating. Remember to never ignore the little things, take action immediately, and don’t be afraid to push for what you are owed.

Previous Can Children and Teens Get Teeth Whitening Done?

Next Surprise People With Birthday Cake

4 Tips For Talking To Your Insurance Company After An Accident

The 6 Essential Tools Of A Webmaster 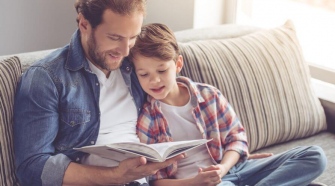