Alcohol Addiction: You Don’t Have To Deal With It Alone

These are the most influential Aston Martin models ever made. Their style and the strategy behind them has echoed down through the years, and still has a bearing on the products made by the very different Aston Martin company of today.

They stemmed from company owner David Brown’s desire to take on – and beat – the best that Ferrari could offer. That meant building a car styled by the greatest designers in the world, and offering levels of performance greater than anything Aston Martin had previously produced.

The DB4, as it was called, was launched at the London Motor Show in 1958. Though early cars were plagued by lubrication problems the DB4 was a huge success, selling faster than any previous Aston. Once the fixed-head coupe was in production a drophead was developed, and customers could specify more powerful ‘Special Series’ engines with three twin-choke Weber carburettors in place of the usual SUs.

In 1960 a racing derivative, the DB4 GT, was introduced- With a five-inch shorter wheelbase, just two seats, and a tuned twin plug engine the DB4 GT proved to be a handsome and effective sports racing machine. Even more handsome, to many eyes, was the rare Zagato-bodied version which was lighter and even quicker.

A revised version of the DB4’s chassis and an enlarged 4.0-litre version of its engine went into a new Lagonda, the Rapide, in 1961. In 1963 the revised engine found its way back into the Aston, which now incorporated numerous tweaks and improvements and was known as the DB5. The prototype DB5 (actually a late DB4 Vantage) was one of two cars used in the James Bond film Goldfinger, presenting Aston Martin with huge publicity in 1965.

By then Aston Martin was already planning to introduce a further revision of the same car, the DB6. Though this looked bigger and heavier than the DB5 there was actually little to choose between them: it was an optical illusion caused by the DB6’s higher roofline, which gave more headroom to rear seat passengers. The DB6 continued until the end of 1970, latterly running alongside the new Aston Martin DBS and DBS V8 models.

Next Get The Right Business Lawyers

Make Your New Identity In Your Business Marketplace

Get Back What You Owe With PPI Calculator 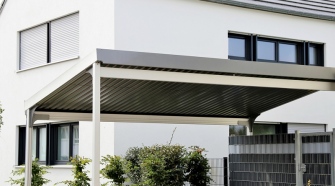