Hurry Up To Catch Big Halloween Sale On MyGoKarts.com 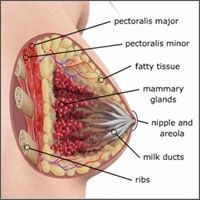 In the pursuit of looking and feeling good about oneself, nothing is impossible if you have the money or willingness. Just look at today’s female role models, women like Madonna, who have made it common to get cosmetic procedures. Australians have spent billions on everything from Botox to liposuction, but breast augmentation is the reigning favorite procedure. Interestingly, no longer is the 20-30 age group the only one opting for breast augmentation. Increasingly, women in their 30s, 40s, and even 50s have gone in for breast enlargements and other augmentation procedure.

But is breast augmentation worth it?

This was the finding of a prospective outcome study, published in the journal ‘Plastic and Reconstructive Surgery’ (May issue) by the American Society of Plastic Surgeons (ASPS).This society is the world’s plastic surgeons body, and includes members from The American Board of Plastic Surgery and The Royal College of Physicians and Surgeons of Canada.

As a result of surgery, women found improved self-esteem and overall quality of their lives. The survey took into consideration feedback from 225 consecutive women who came back for interviews after a month of recovery from breast augmentation. They were interviewed spoke about rest, results, and the effects on their psychology and body. Most patients found themselves to have gone “back to normal” in about a month, and over 80% found their new size to be “just right.”

Over 90% of these women said that they had enhanced the self-esteem after the procedure, and most also stated improved quality of life. In America, the trend setter for cosmetic procedures, breast augmentation is the most expensive procedure.  It is a common fact that men are more visual than women when looking for qualities in a girlfriend/partner, and feeling at par with other attractive women is definitely going to be an ego booster.

Improved sex lives
Realself.com, a hub of surgery reviews and recommendations, conducted a survey that found improved sex life among women who had undergone the procedure. Many of the women polled stated that their sex satisfaction improved, as well as the quantity of sex that these women were having after their post-procedure.  Many factors are at play when looking at these positive results. Firstly, women who have low self-esteem due to scarring and other imperfections would find themselves feel more attractive after the procedure. Such imperfections include skin blemishes, injuries, scarring from, as well as genetic issues like tuberous breasts and asymmetry, both of which can make a woman feel less attractive.

More prominent, however, is the demographic of women who seek to look attractive to men. Breasts are among the most signs aspect of femininity, and are often considered to be important in assessing attractiveness. Therefore, women who undergo breast augmentation will definitely be more capable of being attractive to more men. Often, women opting for the procedure have stated that they didn’t even feel attractive enough for their own husbands, and that implants have enabled them to feel young, attractive and desirable.

There are very clear benefits

Women have reported high levels of satisfaction from the procedure. As the procedure gets more standardized, it is becoming increasingly efficient and safe. For example, Dr. Tavakoli, the Sydney breast implants specialist, has reported an exceedingly low complication rate. Details of his work on procedures like breast augmentation and even the complicated ones like tuberous breast correction can be seen from the case studies on the webpage: http://www.drtavakoli.com.au/procedure/procedures-breast/tuberous-breasts/ .

Previous Things To Do When Visiting Edinburgh With Kids

Next How To Ensure Your Camping Trip Will Go Smoothly

Jonathan Bunge- His Views On The Psychological Advantages Of Football

How Your Business Can Benefit From Legal Transcription 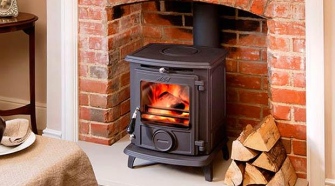 How Safe Is Your Wood Burning Stove