How to Eat Healthily After Natural Disaster?

Where can you find IFSC Code Finder?

Formed in 1960 by a group of English teenagers in Liverpool, The Beatles is undoubtedly the most successful music band of all time. Rock music is what it is today through the influence of ‘The Beatles’. This music band used the early rock music genre, ‘the skiffle’, later improving it by incorporating other styles such as pop ballads and psychedelic rock. The group introduced many innovations in the music scene than any other band in the 20th and 21st century. Popularly known as the ‘Fab Four’ by their fans the ‘beatlemanias’ the Beatles conquered the world with their song writing prowess and charisma.

In 1957, John Lennon, a music enthusiast formed a skiffle group called Blackjacks. However, they found out that the name was in use by another group and changed the name to Quarrymen. Shortly after, he met Paul McCartney who later joined the group. George Harrison, a 14 year old guitarist and a friend to Paul insisted that he be incorporated to the group. Although John was hesitant at first due to Harrison’s age, his music talent won him over. The name ‘Beatals’ was first suggested to John by his art school friend and a later member of the Beatles, Stuart Sutcliffe. It later changed to ‘Silver Beatles’ and by August of 1960 it finally came to ‘The Beatles’.

• The original members of the group included John Lennon, Paul McCartney, George Harrison and Ringo Starr.
• Later, they incorporated Stuart Sutcliffe and Pete Best
• They were managed by Brian Epstein and Produced by George Martin
• The Beatles recorded in several record labels including Parlophone, Swan, Vee-Jay, Capitol, United Artists and Apple
• The London Musicals scene is popular for performing ‘Let It Be’, a musical doing 20 of the Beatles greatest hits.

• In 1965, the Beatles produced their best work yet. The album ‘Rubber Soul’ helped them enter the United States pop market that was highly competitive, becoming an overnight success. Some said they became ‘popular than Jesus’ after getting into the US market.
• In 1966, they produced another hugely successful album called ‘Revolver’. In 1967, 1968, and 1969 the produced ‘Sgt Pepper’s Lonely Hearts Club Band’, ‘The Beatles’ and ‘The Abbey Road’ respectively
• It is important to note that Brian Epstein died in 1967, and at around this time they met the Indian Maharishi Mahesh Yogi who influenced the last 2 albums heavily before they broke up in 1970

After the group break up, each of the artists pursued a successful solo career. Unfortunately, John Lennon, the leader of the group died in December 1980 after he was shot. George Harrison died of Lung cancer in 2001 but McCartney and Ringo are still very active in the music circles especially in the London Musicals ‘Let It Be’ where they are music consultants.

The Beatles has sold more than 177 million certified units in the United States and topped British music charts more than any other group. In 2008, they were listed as the all-time greatest ‘Hot 100’ artists. Today, they still hold the record of 20 number one hits on the ‘Hot 100’ list.

The Beatles have won several awards including 7 Grammys, Academy Award for the best song score and 15 Ivor Novello Awards. The Times Magazine has also ranked the Beatles among the 100 most influential people of the 20th century.

EMI Group, the third biggest music company behind Universal and Sony, estimate that the Beatle has sold over 1 billion units worldwide, making them the most successful music band ever.

In 2004, Rolling Stone ranked the Beatles as the best of all time music bands for their role in developing the rock music and influencing social-cultural behavior among a whole generation of people. The Beatles continue to amaze people at their longevity in the entertainment circles.

Effects Of Social Media On Our Work Life 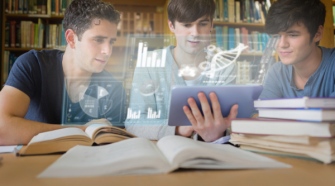